source link: https://bitcoinmagazine.com/culture/bitcoin-ends-the-financial-dark-ages
Go to the source link to view the article. You can view the picture content, updated content and better typesetting reading experience. If the link is broken, please click the button below to view the snapshot at that time. 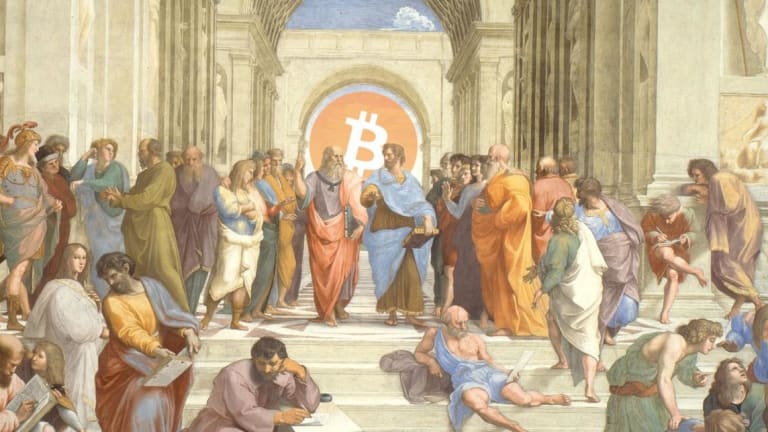 The Financial Dark Ages Are Ending Thanks To Bitcoin

Bitcoin represents a financial renaissance, which means society still exists in a monetary Middle Ages dominated by the alchemy of fiat currency.

During the Middle Ages, a group of men tried to turn base metals into gold; they were known as alchemists and they did not succeed in their endeavors. We’re fortunate that they didn’t. Why? Consider the alternative.

Had the alchemists found a way to transmute base metals such as lead into the monetary unit of the time, a race would have kicked off. A race to find as many metals as possible to turn into gold.

The first users of this newly created gold would have enjoyed tremendous wealth, but as it circulated throughout the economy — a much smaller sphere of opportunity in the Middle Ages — calamity would have ensued.

Those with less personal or political connection to alchemists would have found themselves outside of any market economy. They would no longer be able to bid on goods and services. The price in gold terms would simply be too high.

It would have created the ultimate boom-and-bust cycle. Given where economic development was at the time, that could have prolonged the Dark Ages by hundreds of years.

While considered part of the lore of the Middle Ages, the work of alchemists in experimenting and documenting their results paved the way toward the scientific method of discovery. In other words, they failed at their primary goal, yet they found something that would be far more valuable for mankind.

Where the alchemists failed in trying to create value from something out of lesser value, a group of people in the 20th century found success. These modern alchemists are known as central bankers.

The Current Age Of Financial Alchemy

The early 1970s saw a surge in inflation and commodity prices, much like today. Dollar printing had been persistent for years, also much like today. With the end of money having any tie to relatively limited gold, any pretense of responsibility flew out the window. Price increases were the name of the game and Americans, able to own precious metals again, did so in droves. They sent the price of gold from $268 per ounce to over $2,400. The more accessible silver went from $9 to over $130.

Buying of stock in a silver-trading company, Bache, was halted in 1980 to get a curb on rising silver prices. (Had the billionaire Hunt brothers not used leverage to buy their later silver holdings, there’s no telling how high the price could have gone.)

The age of financial alchemy reached its height in the early 1990s. Inflation was tamed by a sharp rise in interest rates and a necessary recession. Federal Reserve Chairman Alan Greenspan — a former acolyte of Ayn Rand and gold bug — became the face of the managed economy.

In one of his numerous appearances before Congress, he once stated, “I know you think you understand what you thought I said, but I’m not sure you realize that what you heard is not what I meant.”

Policymakers loved the Greenspan era. It was a time of relatively easy money, relatively little monetary turbulence, and it made it easy to promise ever-growing government programs with no seeming long-term cost. Those all added up to easy re-elections.

It was not to last forever.

Greenspan created market risk in his first year as Fed Chairman. There was a massive rally at the start of 1987, but there was a brutal correction in October. On October 22, 1987, the Dow dropped 22% in a single day.

Unsurprisingly, Greenspan came out to note that the Fed stood by ready to ensure that capital markets flowed smoothly. Markets interpreted this as a greenlight to assume that the Fed would intervene if a market drop was big enough.

With programs like 401k plans on the rise, it was no surprise that such a backstop would be needed — even if it kicked off the mother of all bubbles over a number of decades in the process.

Greenspan held interest rates low throughout the late 1990s. Tech stocks formed a massive bubble and burst. Then housing burst. The “Greenspan put” changed names as new Fed Chairs came into the role. As Greenspan was retiring in 2006, the seeds had been sown for the start of the bursting of a bubble in housing, but it was also a time where a number of technologies were coming along that could free the world from the boom-and-bust cycle being exacerbated by central bankers.

Bitcoin And The Emergence From The Financial Dark Ages

Central bankers, armed with advanced degrees, have shown that they only know how to do two things: print money or print less money.

Attempts to lightly rein in the Fed’s balance sheet in 2019 had to be quickly reversed when financial markets started to show strain — even a few months before the world heard of COVID-19.

The past 51 years has been a financial Dark Age of quantitative easing, currency debasements and the financialization of the economy at the expense of other sectors. Added on top of the remnant of the gold standard before that, most of mankind has been at the whim of an unelected few holding power based on academic credentials and theories, rather than by the consent of the market.

As a result, it’s been a global free-for-all.

Some countries, like Argentina and Zimbabwe, have had a hyperinflationary collapse. Others, such as Japan, have tried stimulus programs to get their economy moving, only to find that they’re pushing on a string. Still other countries, like El Salvador, have been pegged to the U.S. dollar and have found relative stability, but without the freedom to control their own financial destiny.

In late 2008, the Bitcoin white paper was released. The timing of the paper was inspired by the plan to inject hundreds of billions of dollars to “stabilize” the bubble rather than let it collapse. Those numbers now seem quaint in the age of trillion-dollar stimulus programs … a mere 14 years later.

But Bitcoin is hope.

It is hope for the globally unbanked. It is hope for those who have had their wealth confiscated by government officials, whether directly by force or through the indirect theft of inflation and hyperinflation.

The Bitcoin protocol guarantees only 21 million will ever be mined. The 19 millionth Bitcoin was recently mined and several million may have already been lost from a poor understanding of the value of the asset. No matter what the “final” number is, the key is immutability.

We now live in a world where the printing press has given way to direct-deposit stimulus checks, And where the possibility of robots mining asteroids could crater the price of precious metals in just a few decades.

It’s clear no other asset class can truly be said to have a cap on its scarcity.

Already, a thriving community has grown around Bitcoin, exploring its potential in fields such as art, philosophy and human rights. For what was simply described as a “peer-to-peer electronic payment system” has far more to it than meets the eye.

Welcome to the financial renaissance. The age of financial alchemy won’t go down without a fight, but with Bitcoin, the chance to build a new system exists while leaving the old to wither on its own.

This is a guest post by Andrew Packer. Opinions expressed are entirely their own and do not necessarily reflect those of BTC Inc. or Bitcoin Magazine.