source link: https://www.theverge.com/2022/5/16/23078073/meta-quest-vr-end-to-end-encryption-messenger-v40-software-update
Go to the source link to view the article. You can view the picture content, updated content and better typesetting reading experience. If the link is broken, please click the button below to view the snapshot at that time. 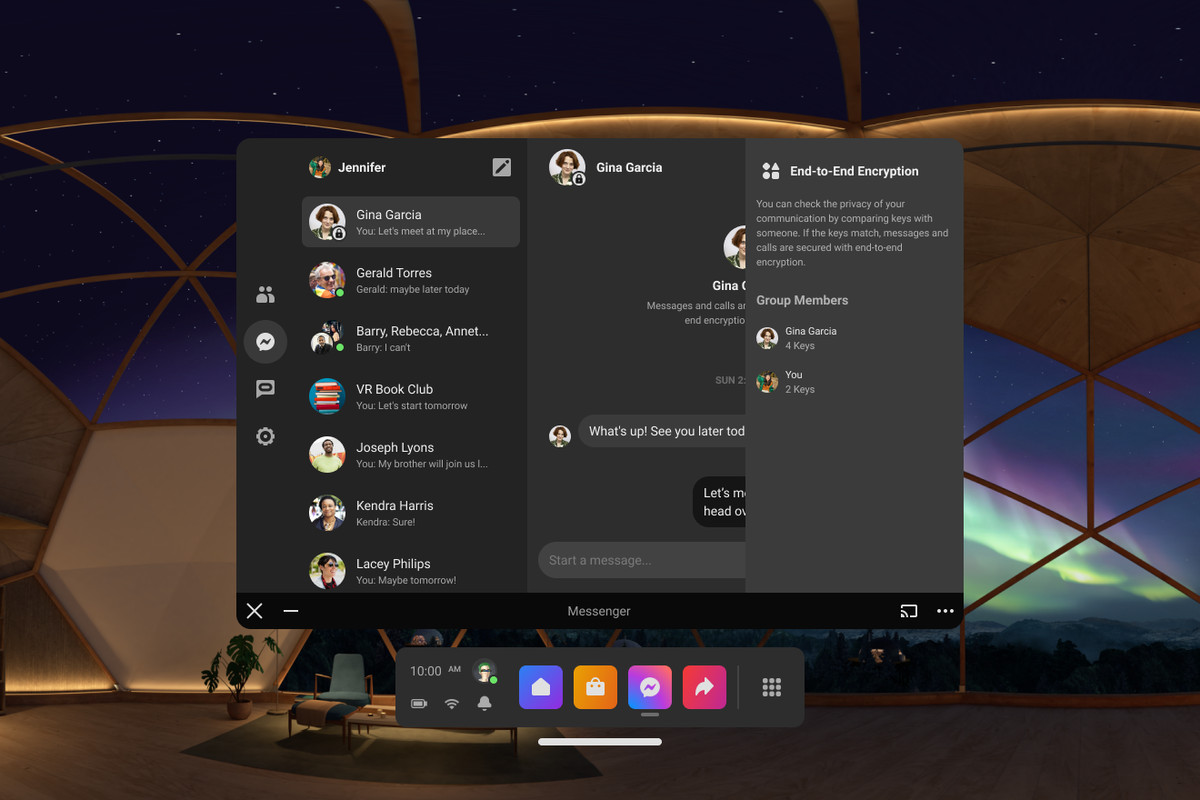 The test is included in software update v40.Image: Meta

Meta has been on a multiyear push with Messenger’s end-to-end encryption (E2EE) features, and it’s now starting to test E2EE messaging with its Quest VR quest headsets. With the new v40 software update, Meta is testing optional E2EE for one-on-one messages and calls in VR, according to a blog post, though it’s unclear how many people are included in the test or how to turn on the feature if you are.

The test arrives alongside a bunch of other notable new features in the v40 update. There are new audio accessibility options, including the ability to tweak the audio balance of the left and right audio channels and a mono audio feature that lets you hear the same audio on the left and right speakers.

You’ll also now be able to lock individual apps behind a pattern, which could be a useful way to prevent access to apps that you don’t want a child to play with. Previously, you could only lock the entire headset behind a pattern.

In addition, you’ll now be able to see visual representations of more physical keyboards in VR as long as they’re connected via Bluetooth. This feature first supported the Logitech K830 and Apple’s Magic Keyboard while using a Quest 2 headset, and with v40, you’ll be able to see representations of the Apple Magic Keyboard with numeric keypad, the Logitech K375s, and Logitech MX Keys.

Next Up In Tech