Next-gen Nvidia RTX 4000-series GPUs are reportedly coming in the next few month...

source link: https://arstechnica.com/gadgets/2022/05/next-gen-nvidia-rtx-4000-series-gpus-are-reportedly-coming-in-the-next-few-months/
Go to the source link to view the article. You can view the picture content, updated content and better typesetting reading experience. If the link is broken, please click the button below to view the snapshot at that time.

Leaks are claiming big jumps in performance for the next-gen Lovelace GPUs. 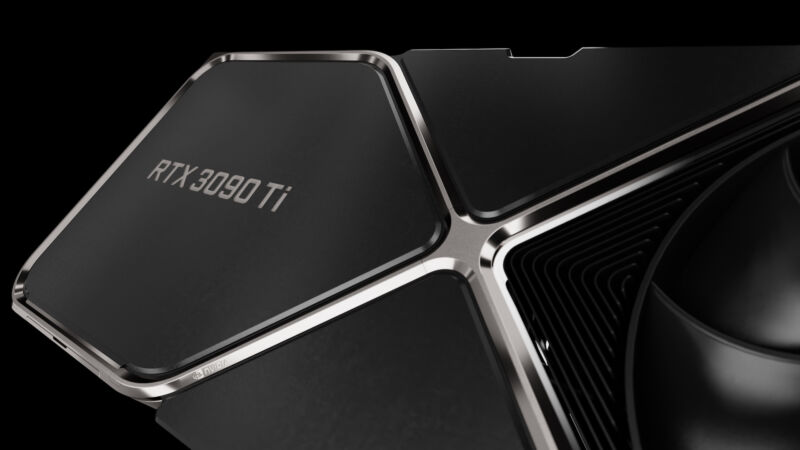 It has been nearly two years since Nvidia introduced its Ampere GPU architecture in the GeForce RTX 3080, and the company is reportedly gearing up to announce its replacement. Tom's Hardware reports, based on tweets from a normally reliable leaker, that the RTX 4000-series and its Lovelace GPU architecture will begin rolling out early in Q3 of this year.

It has been so difficult to buy Nvidia's RTX 3000-series GPUs for so long that it feels almost too soon to be talking about their replacements, though there was a similar two-year-ish gap between the first RTX 2000 GPUs and the RTX 3000 series. The difference is in how long it took Ampere to trickle all the way down to the bottom of the lineup. The Turing architecture debuted in September 2018 and had made its way down to the low-end GeForce GTX 1650 by April 2019; the first Ampere cards appeared in September 2020 but didn't come to the GeForce RTX 3050 until January 2022.

Other reports from the same source suggest that the RTX 4000 GPU could be a big boost over the top-end RTX 3090 Ti, stepping up from 84 of Nvidia's streaming multiprocessors (SMs) to somewhere between 126 and 140 SMs. The supposed RTX 4090 will come with 24GB of GDDR6 RAM (the same amount as the RTX 3090 and 3090 Ti) and is said to roughly double the RTX 3090's performance within the same 450 W power envelope. Whether any of these performance claims are true remains to be seen—Nvidia's GPUs do typically offer impressive performance bumps between generations, but double the performance in the same power envelope would be an anomalously large jump, historically speaking.

We also don't know how these GPUs will be priced, how easy they will be to get, and whether Nvidia will continue manufacturing and selling RTX 3000-series cards to meet GPU demand. The graphics card market is slowly returning to some semblance of "normal" after years of chip shortages, a cryptocurrency boom, and scalper-fueled chaos, all of which drove up both the MSRPs and the actual street prices of virtually every new and used GPU you can buy.

Nvidia has also ramped up the production of older GPUs like the GTX 1050 Ti and 1650 and the RTX 2060 to meet demand during the shortage, a practice the company could choose to continue if 4000-series GPUs are in short supply.