source link: https://www.quantamagazine.org/puzzling-quantum-scenario-appears-not-to-conserve-energy-20220516/
Go to the source link to view the article. You can view the picture content, updated content and better typesetting reading experience. If the link is broken, please click the button below to view the snapshot at that time.

By resolving a paradox about light in a box, researchers hope to clarify the concept of energy in quantum theory. 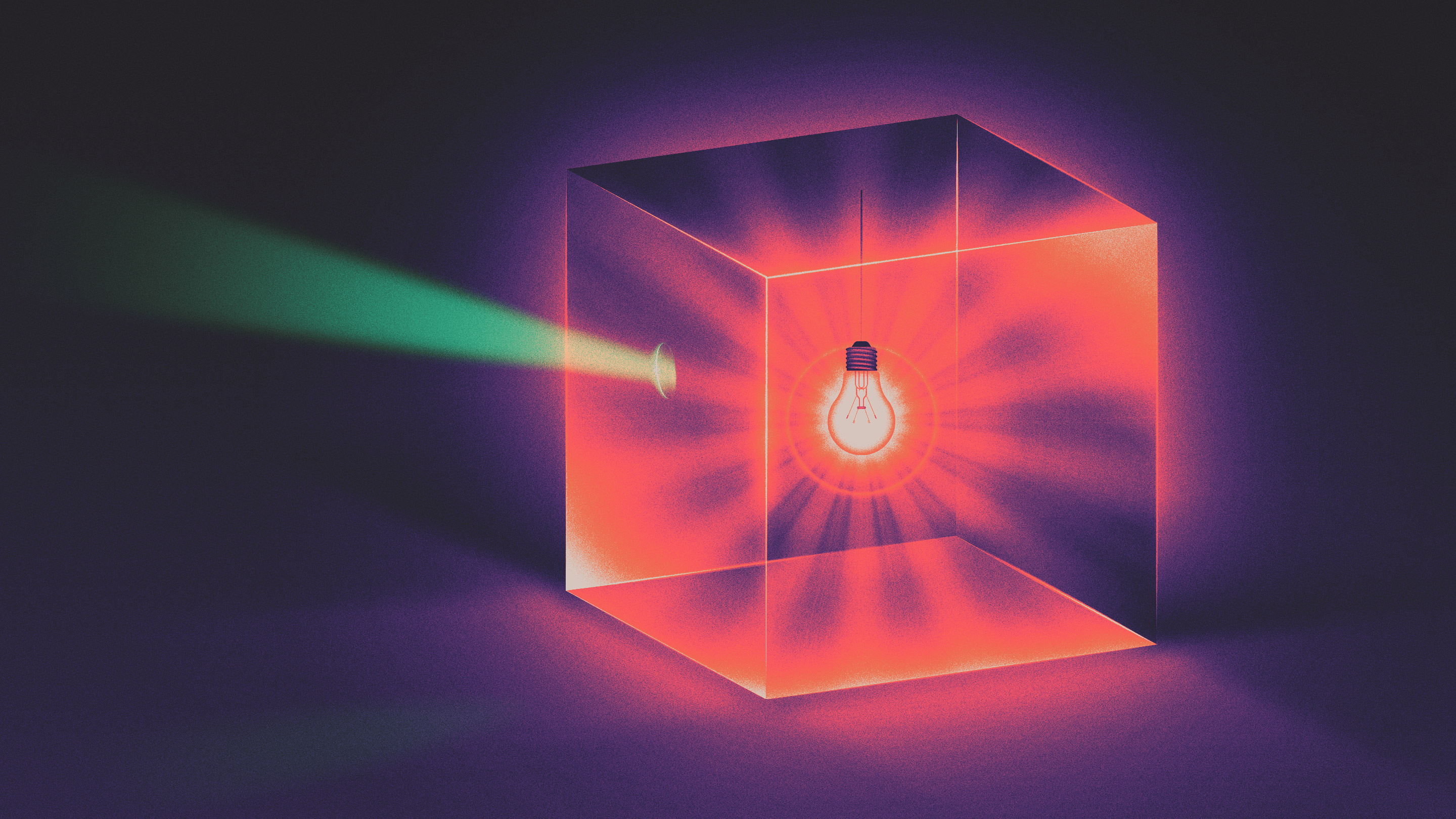 The quantum paradox is akin to red light turning green.

The quantum physicists Sandu Popescu, Yakir Aharonov and Daniel Rohrlich have been troubled by the same scenario for three decades.

It started when they wrote about a surprising wave phenomenon called superoscillation in 1990. “We were never able to really tell what exactly was bothering us,” said Popescu, a professor at the University of Bristol. “Since then, every year we come back and we see it from a different angle.”

Finally, in December 2020, the trio published a paper in the Proceedings of the National Academy of Sciences explaining what the problem is: In quantum systems, superoscillation appears to violate the law of conservation of energy. This law, which states that the energy of an isolated system never changes, is more than a bedrock physical principle. It’s now understood to be an expression of the fundamental symmetries of the universe — a “very important part of the edifice of physics,” said Chiara Marletto, a physicist at the University of Oxford. 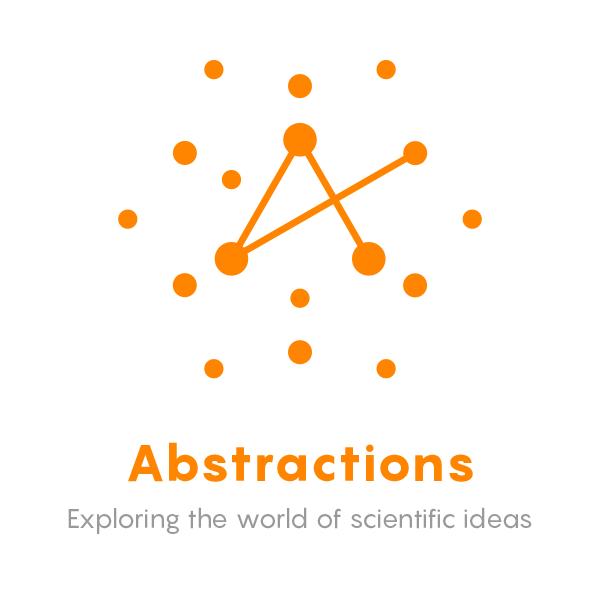 Abstractions navigates promising ideas in science and mathematics. Journey with us and join the conversation.

Physicists are divided as to whether the new paradox exposes a genuine violation of the conservation of energy. Their attitudes toward the problem depend in part on whether individual experimental outcomes in quantum mechanics should be considered seriously, no matter how improbable they may be. The hope is that by putting in the effort to resolve the puzzle, researchers will be able to clarify some of the most subtle and strange aspects of quantum theory.

Aharonov has described the scenario in question as akin to opening a box full of red light — low-energy electromagnetic waves — and seeing a high-energy gamma ray shoot out. How can this happen?

The key ingredient is superoscillation, an effect that seems to contradict what every physics student learns about waves.

Any wave, no matter how complicated, can be represented as a sum of sine waves of different frequencies. Students learn that a wave can oscillate only as fast as its highest-frequency sine wave component. So combine a bunch of red light, and it should stay red.

But around 1990, Aharonov and Popescu found that special combinations of sine waves produce regions of the collective wave that wiggle faster than any of the constituents. Their colleague Michael Berry illustrated the power of superoscillation by showing that it’s possible (though impractical) to play Beethoven’s Ninth Symphony by combining only sound waves below 1 hertz — frequencies so low that, individually, they would be imperceptible to the human ear. This rediscovery of superoscillation, which was already known to some signal processing experts, inspired physicists to invent an array of applications, from high-resolution imaging to new radio designs. 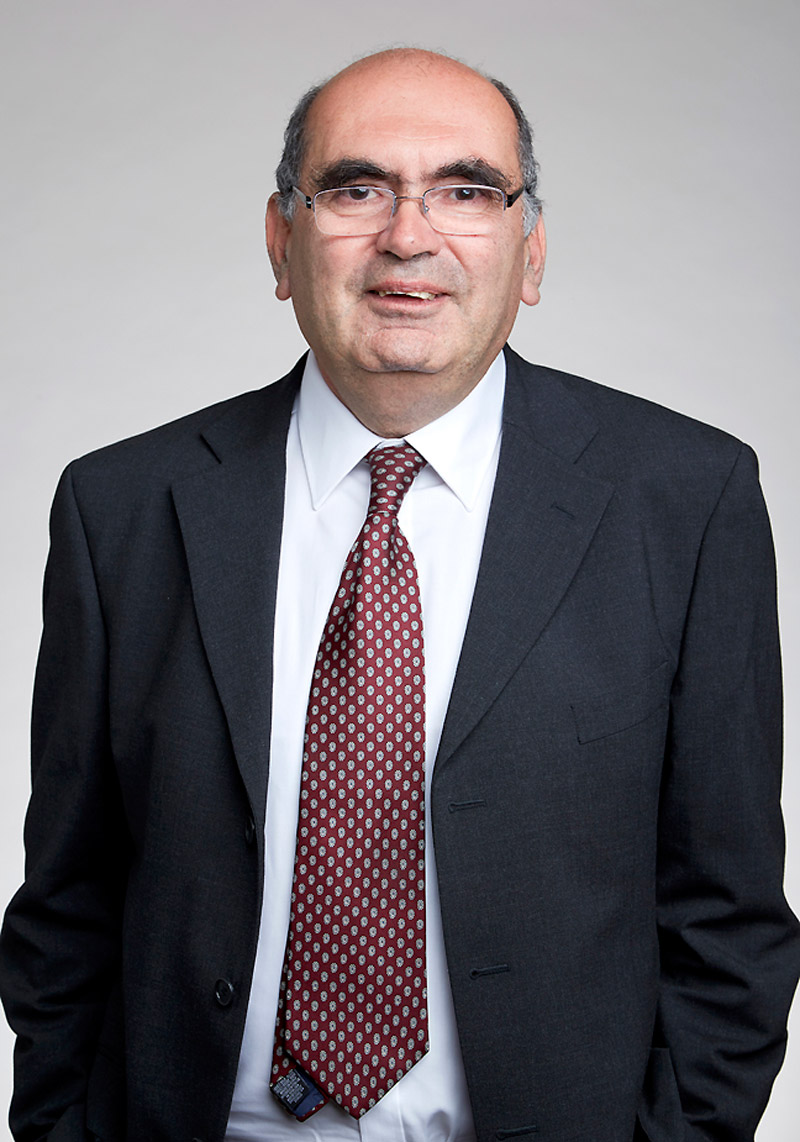 Sandu Popescu, a quantum physicist at the University of Bristol, is known for devising thought experiments that reveal new insights about core concepts.

Surprising as superoscillation is, it doesn’t contradict any laws of physics. But when Aharonov, Popescu and Rohrlich applied the concept to quantum mechanics, they encountered a situation that’s downright paradoxical.

In quantum mechanics, a particle is described by a wave function, a kind of wave whose varying amplitude conveys the probability of finding the particle in different locations. Wave functions can be expressed as sums of sine waves, just as other waves can.

A wave’s energy is proportional to its frequency. This means that, when a wave function is a combination of multiple sine waves, the particle is in a “superposition” of energies. When its energy is measured, the wave function seems to mysteriously “collapse” to one of the energies in the superposition.

Popescu, Aharonov and Rohrlich exposed the paradox using a thought experiment. Suppose you have a photon trapped inside a box, and this photon’s wave function has a superoscillatory region. Quickly put a mirror in the photon’s path right where the wave function superoscillates, keeping the mirror there for a short time. If the photon happens to be close enough to the mirror during that time, the mirror will bounce the photon out of the box.

Remember we’re dealing with the photon’s wave function here. Since the bounce doesn’t constitute a measurement, the wave function doesn’t collapse. Instead, it splits in two: Most of the wave function remains in the box, but the small, rapidly oscillating piece near where the mirror was inserted leaves the box and heads toward the detector.

Because this superoscillatory piece has been plucked from the rest of the wave function, it is now identical to a photon of much higher energy. When this piece hits the detector, the entire wave function collapses. When it does, there’s a small but real chance that the detector will register a high-energy photon. It’s like the gamma ray emerging from a box of red light. “This is shocking,” said Popescu.

The clever measurement scheme somehow imparts more energy to the photon than any of its wave function’s components would have allowed. Where did the energy come from?

The mathematician Emmy Noether proved in 1915 that conserved quantities like energy and momentum spring from symmetries of nature. Energy is conserved because of “time-translation symmetry”: the rule that the equations governing particles stay the same from moment to moment. (Energy is the stable quantity that represents this sameness.) Notably, energy isn’t conserved in situations where gravity warps the fabric of space-time, since this warping changes the physics in different places and times, nor is it conserved on cosmological scales, where the expansion of space introduces time-dependence. But for something like light in a box, physicists agree: Time-translation symmetry (and thus energy conservation) should hold.

Applying Noether’s theorem to the equations of quantum mechanics gets complicated, though.

In classical mechanics, you can always check the initial energy of a system, let it evolve, then check the final energy, and you’ll find that the energy stays constant. But measuring the energy of a quantum system necessarily disturbs it by collapsing its wave function, preventing it from evolving as it otherwise would have. So the only way to check that energy is conserved as a quantum system evolves is to do so statistically: Run an experiment many times, checking the initial energy half the time and the final energy the other half. The statistical distribution of energies before and after the system’s evolution should match.

Popescu says the thought experiment, while perplexing, is compatible with this version of conservation of energy. Because the superoscillatory region is such a small part of the photon’s wave function, the photon has a very low probability of being found there — only on rare occasions will the “shocking” photon emerge from the box. Over the course of many runs, the energy budget will stay balanced. “We do not claim that energy conservation in the … statistical version is incorrect,” he said. “But all we claim is that that is not the end of the story.”

The problem is, the thought experiment suggests that energy conservation can be violated in individual instances — something many physicists object to. David Griffiths, a professor emeritus at Reed College in Oregon and author of standard textbooks on quantum mechanics, maintains that energy must be conserved in each individual experimental run (even if this is normally hard to check).

Marletto agrees. In her opinion, if it looks as if your experiment is violating this conservation law, you’re not looking hard enough. The excess energy must come from somewhere. “There are a number of ways in which this alleged violation of the energy conservation could come about,” she said, “one of which is not fully taking into account the environment.”

Popescu and his colleagues think they have accounted for the environment; they suspected that the photon gains its extra energy from the mirror, but they calculated that the mirror’s energy does not change.

The search continues for a resolution to the apparent paradox, and with it, a better understanding of quantum theory. Such puzzles have been fruitful for physicists in the past. As John Wheeler once said, “No progress without a paradox!”

“If you ignore such questions,” Popescu said, “you’re never really going to … understand what quantum mechanics is.”