How to make « cidre » of Normandy

source link: https://www.otsukare.info/2022/05/16/normandy-cider
Go to the source link to view the article. You can view the picture content, updated content and better typesetting reading experience. If the link is broken, please click the button below to view the snapshot at that time.

While I'm living in Japan, I'm from the Normandy region in France. That's me as a child helping my grand father in an orchard. 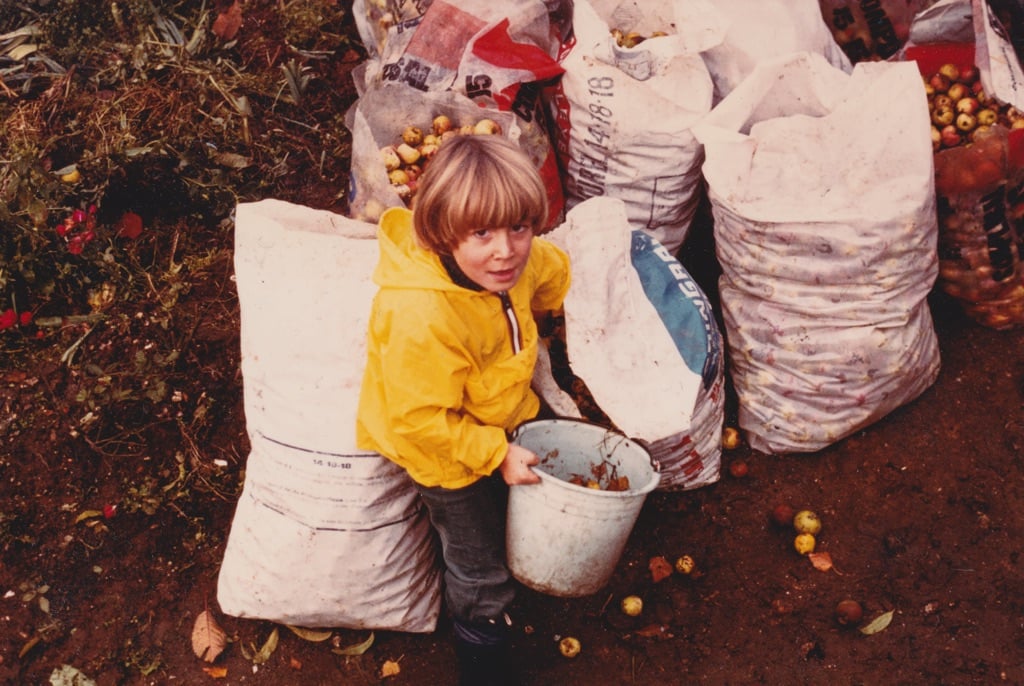 This is a region which is traditionally known for cows and dairy products (milk, butter, cheese like Camembert, Pont-L'evêque, Livarot, Neufchâtel, etc.) and also a region which led to the production of cidre (French only). The origin is not that clear but probably, people from Normandy have started to make « cidre » in the 12th century. Some competing stories have been developed about the origin. But people were growing the fruits for a long time already and probably were fermenting them. And a craft emerged.

The Web is also rich of its individual crafts, developed along the way. Some techniques have been lost, some are thriving. A long series of errors and trials has been essential in perfecting the art of making Websites.

Fast forward a couple of centuries, and here an image on my great grand father, René. He is collecting the fruits in a big bag from his field to prepare « cidre ». 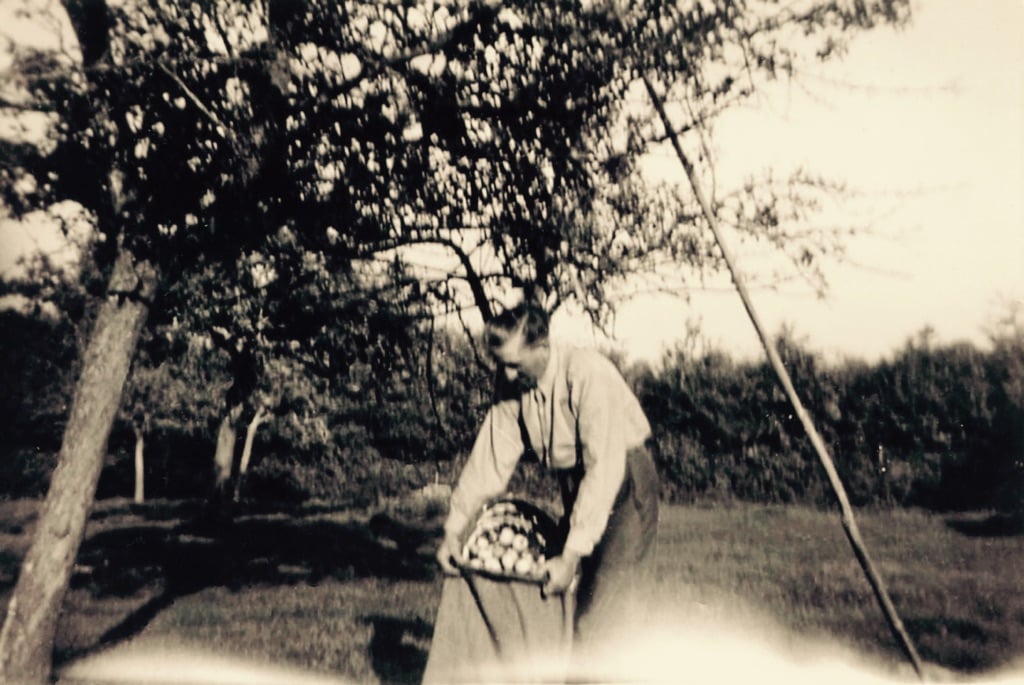 The name of the fruits is a long poetic list:

Each of them have their own qualities: sweetness, acidity, taste, … Once we have a good mix, we need to wash them carefully and then put them in the grinder.

My grand father, Jean, working at the grinder and we can see in the background the press in wood. 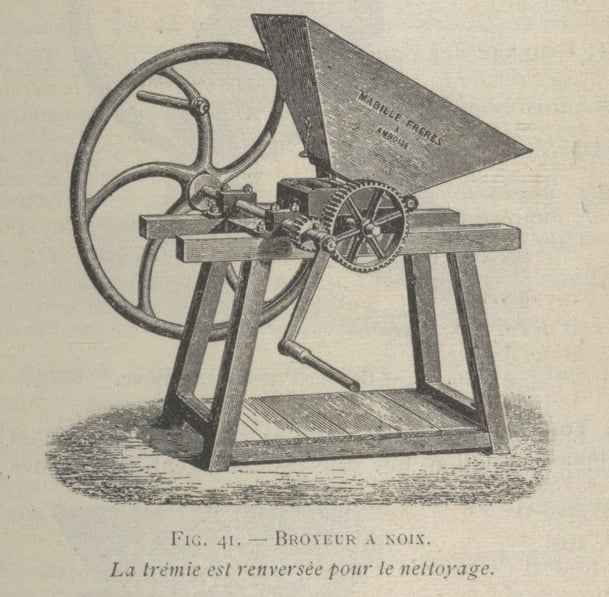 Once the fruits have been grinded, we need to let them with the juice exposed to the air for around 8 to 12 hours in a deep container covered by a cloth. The oxydation work will start. The must will get a better color, will be sweeter. The yeast will develop more rapidly. Containers must be as clean as possible.

Then will start the work with the press. 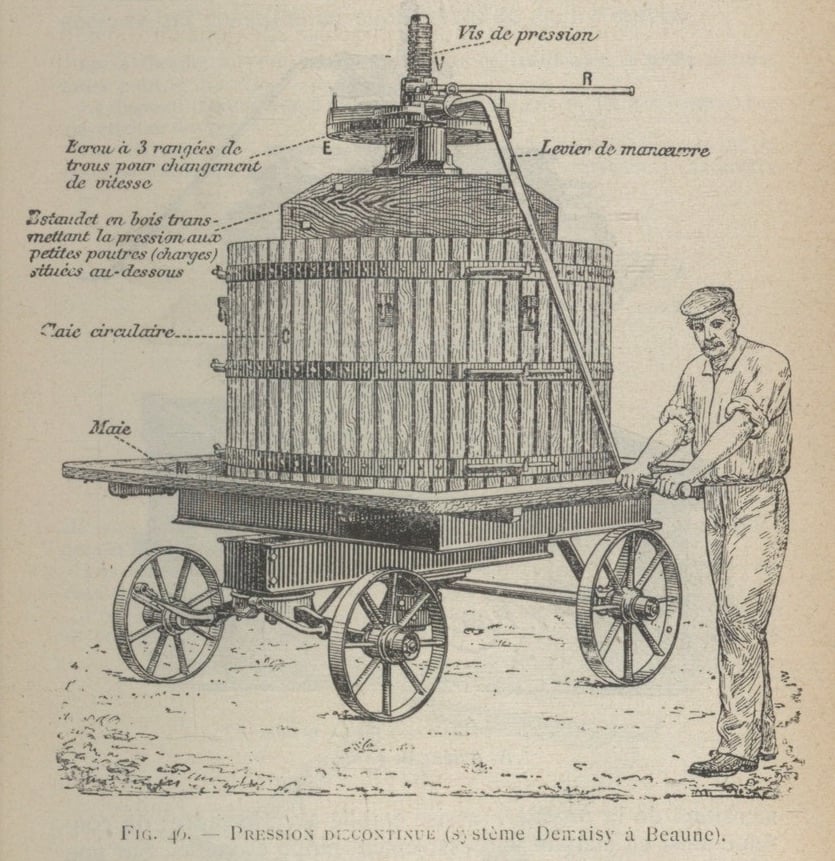 The must is layered in 15 to 20 centimeters high layers, separated by layers of straws that will drain the juice. 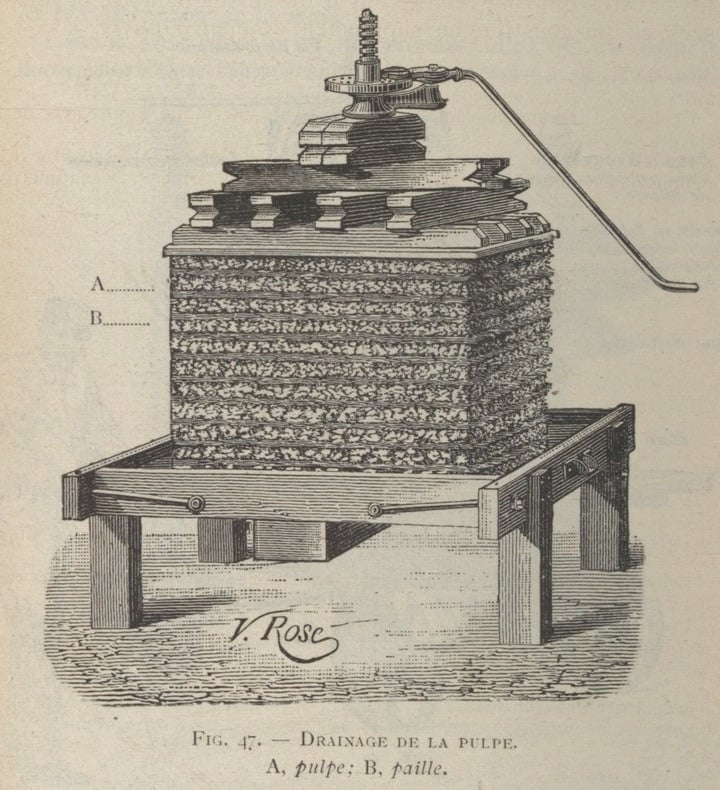 Once the juice has been drawn, it is put in big barrels where the fermentation process starts. After a while, the juice will be put in bottle. My grand-father was used to go in the cave and to turn the bottles according to the moon phases. He had 3 types of « cidre » in his cave: Very sweet, rough, and something very rough that was basically impossible to drink. The colors were on the bottles: red, grey and blue, a simple spot of paint.

These techniques are getting lost with the new generations and the industrializations. I wish I had spent more time with him for having a better understanding of the craft.

I probably have now a better understanding of the Web than the process of making « cidre ». It's probably why today is my first day working for Apple on the WebKit project to continue my journey in making the Web awesome for everyone: Web Compatibility, standards and interoperability.

Engravings coming from Le cidre by Labounoux and Touchard

If you have more questions, things I may have missed, different take on them. Feel free to comment…. Be mindful.