source link: https://electrek.co/2022/05/16/arcimotos-fun-75-mph-electric-three-wheelers-are-nycs-newest-little-right-sized-delivery-vehicles/
Go to the source link to view the article. You can view the picture content, updated content and better typesetting reading experience. If the link is broken, please click the button below to view the snapshot at that time. 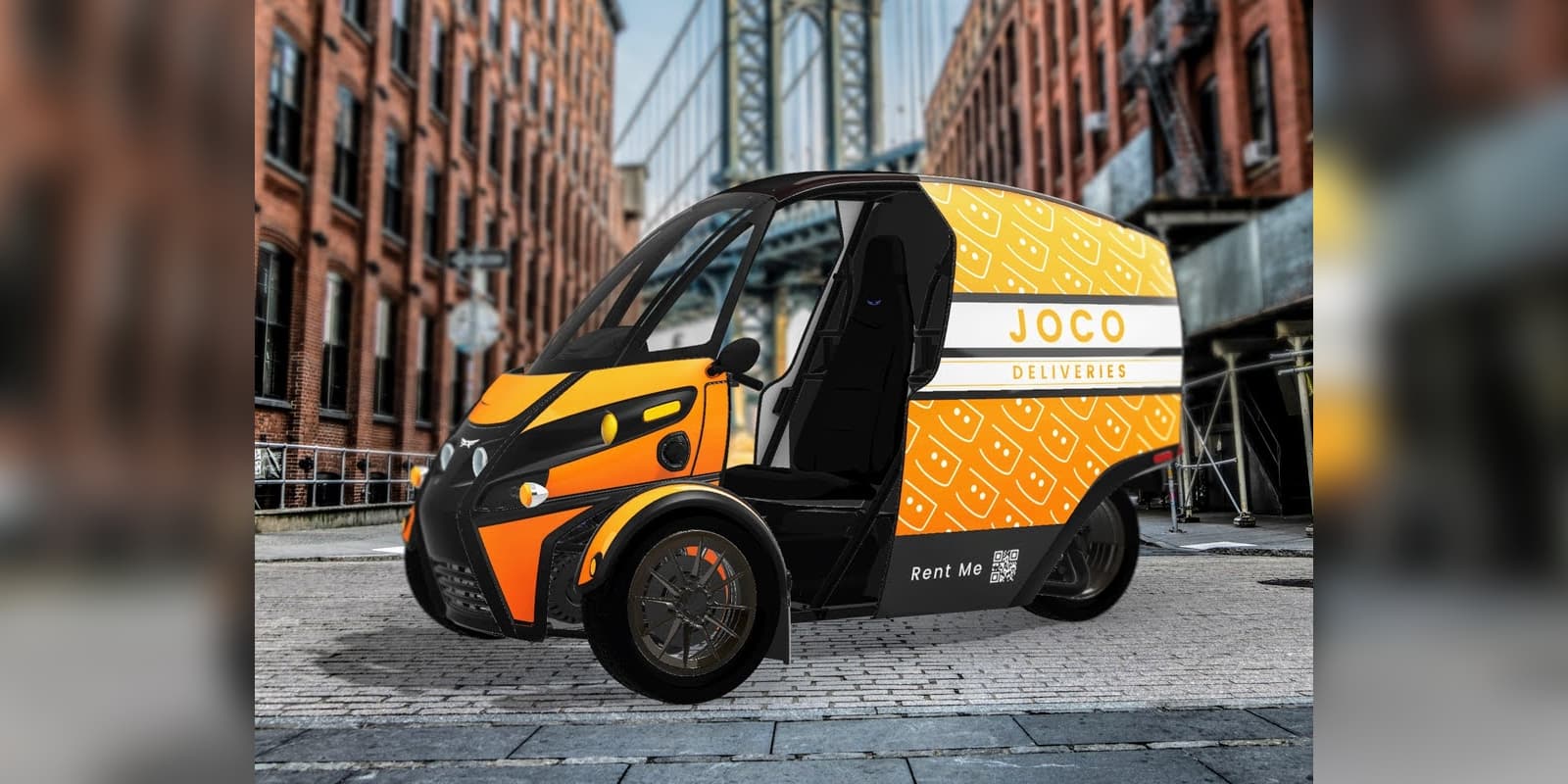 Arcimoto’s Fun Utility Vehicles (FUVs) have proven to be a versatile three-wheeled electric vehicle platform for all sorts of interesting variations. From camera cars to ambulance trikes, an FUV can be just about anything. And thanks to a new partnership with urban e-bike delivery company JOCO, New York City is about to get a fleet of delivery EVs built on Arcimoto’s ultra-versatile platform.

The new model itself is known as the Deliverator and is a single-seater version of the FUV that has its rear passenger seat replaced with a large cargo box.

We’ve seen the model used around the US before, and now it is headed to the US’s largest city for a true test of urban deliveries in one of the densest locations in North America.

The pilot program to be run by JOCO will see the Arcimoto Deliverator added to JOCO’s fleet of e-bikes as a delivery vehicle option that can be rented out to private couriers or commercial delivery customers. The pilot is expected to begin in Manhattan on June 15.

There are currently over 50 JOCO Hubs around NYC, where the company already operates over 2,000 electric bikes that gig riders can rent for use as delivery vehicles. In crowded New York City, electric bicycles have become a popular choice for delivery riders working as couriers and food delivery workers.

Compared to the electric bikes that JOCO currently offers, the Deliverator will offer much longer range, speed, and cargo capacity for bigger deliveries or reach farther locations faster.

We see this as a great opportunity to offer the latest electric vehicle technology to the business owners and drivers of New York City. The Deliverator will offer gig drivers more ways to make money by helping them travel longer distances and carry more in an eco-friendly and cost efficient manner. 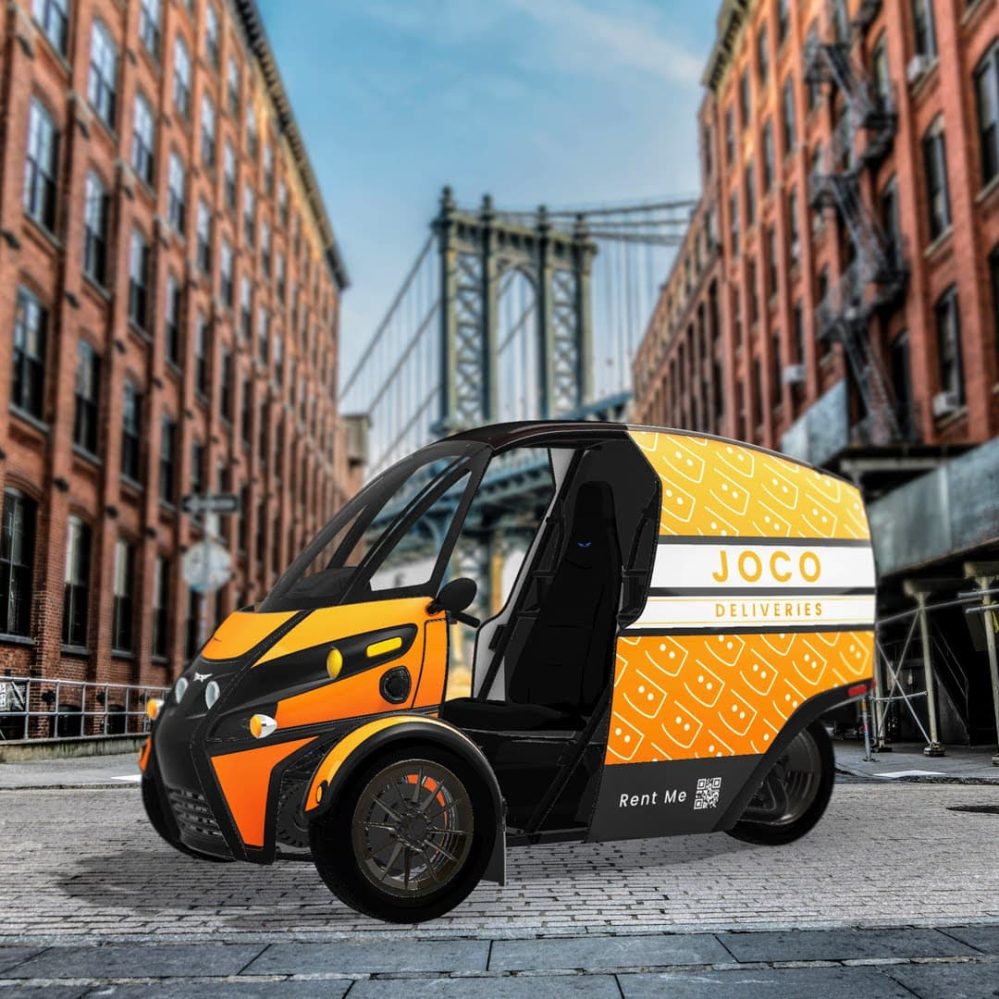 The Deliverator has a top speed of 75 mph (120 km/h), though it likely won’t see that speed often in Manhattan. More importantly, the vehicle has a fairly long range of 102 miles (164 km) in the city, which could likely perform a full day’s worth of deliveries in Manhattan.

The rear cargo compartment holds over 20 cubic feet (566 liters), so delivery workers should be able to do some serious hauling with the vehicle.

The smaller footprint also allows up to three Deliverators to fit in a parking spot designed for a typical car.

Smaller format electric delivery vehicles are becoming an increasingly common solution in cities around the US and internationally. Everything from pint-sized vans to cargo electric bikes have been trialed for more efficient delivery solutions that can still offer large cargo volume in a smaller footprint. 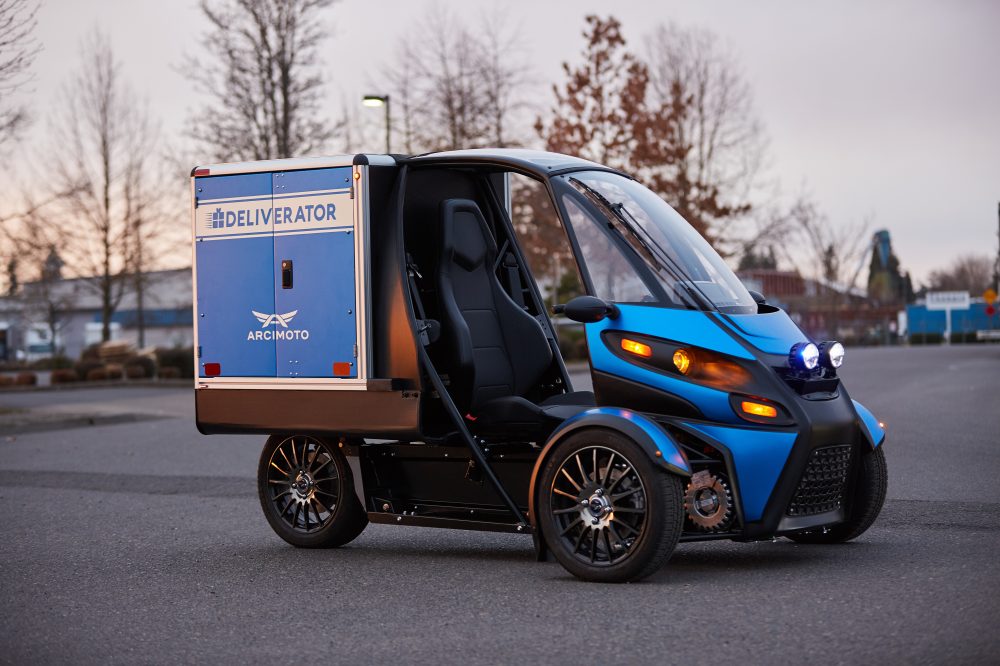 In addition to the Deliverator, Arcimoto’s consumer-oriented FUV is already available in several states across the US including Arizona, California, Florida, Nevada, Oregon, and Washington.

New York is apparently on the short list for consumer purchases as well, though the new Deliverators destined for JOCO could beat consumer FUVs into the Empire State.

I can personally vouch for the fact that these three-wheelers are a seriously thrilling ride.

Last year I had the chance to test out the FUV and its chopped-top cousin, the Arcimoto Roadster.

Both offer a fun and wild ride, which you can see in my test ride video below.