source link: https://electrek.co/2022/05/16/dott-scooter-sharing-company-makes-first-expansion-outside-of-europe-heads-to-tel-aviv/
Go to the source link to view the article. You can view the picture content, updated content and better typesetting reading experience. If the link is broken, please click the button below to view the snapshot at that time.

Dott, one of several leading European electric scooter-sharing companies, announced today that it is making its first expansion outside the continent. The first stop on the scooter company’s world tour? Sun-streaked Tel Aviv.

Tel Aviv, Israel, is known as a major scooter-sharing market due to the high use of micro-mobility throughout the city. And not only is Dott expanding into this scooter hotbed, but it is doing so with the lowest cost for riders in the city compared to current offerings like those from rival electric scooter sharing companies Lime, Bird, and Wind.

Dott is launching 1,800 electric scooters in the city today that are free to unlock and cost just 1 ILS (approximately US $0.29) per minute to ride.

In addition to the low riding cost for individual rides, Dott is offering ride packages for regular users.

Just like your friendly neighborhood corner dealer, newcomers get their first ride for free. 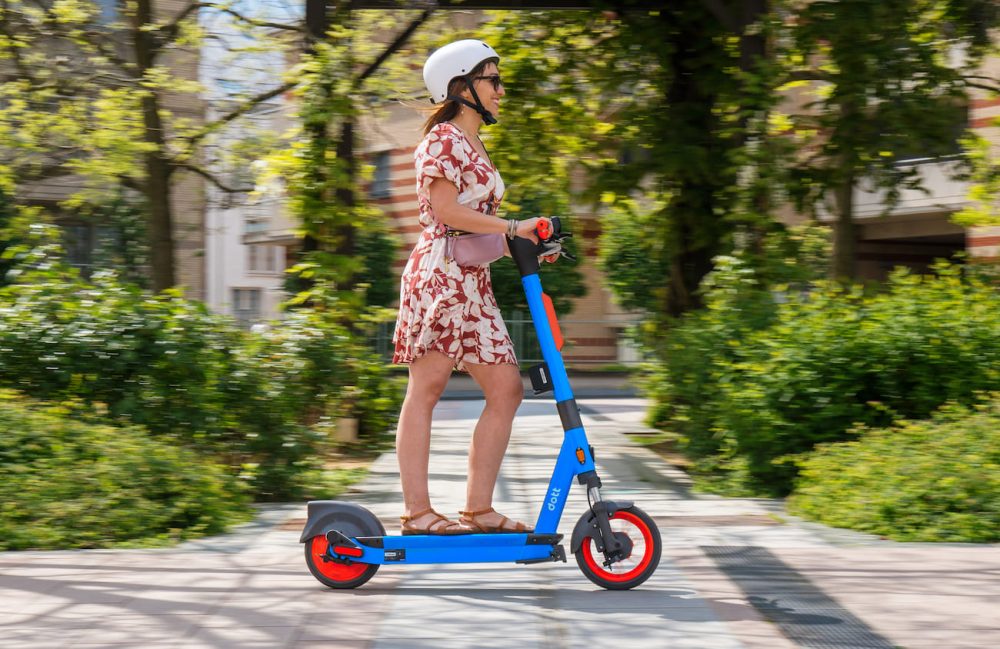 The company’s scooters are regularly updated in various markets to meet local regulations, such as geofenced slower-speed and no-go zones.

The scooters will feature license plates in Tel Aviv with a unique number to meet local regulations that make it easier to report scooter riders that run afoul of traffic laws.

Other safety factors include full light packages including turn signals and a built-in helmet on each scooter.

While Tel Aviv marks new territory for Dott, the company already operates over 50,000 electric scooters and e-bikes across Europe, where it fields a team of over 600 employees. Now the company hopes to repeat its European success in Israel.

Our e-scooters offer the most efficient way to travel across Tel Aviv without causing congestion or pollution and at the lowest prices. We are bringing our experience from major European cities to ensure that our service is carefully integrated into the city, offering a reliable service for our riders whilst respecting other road users and pedestrians. 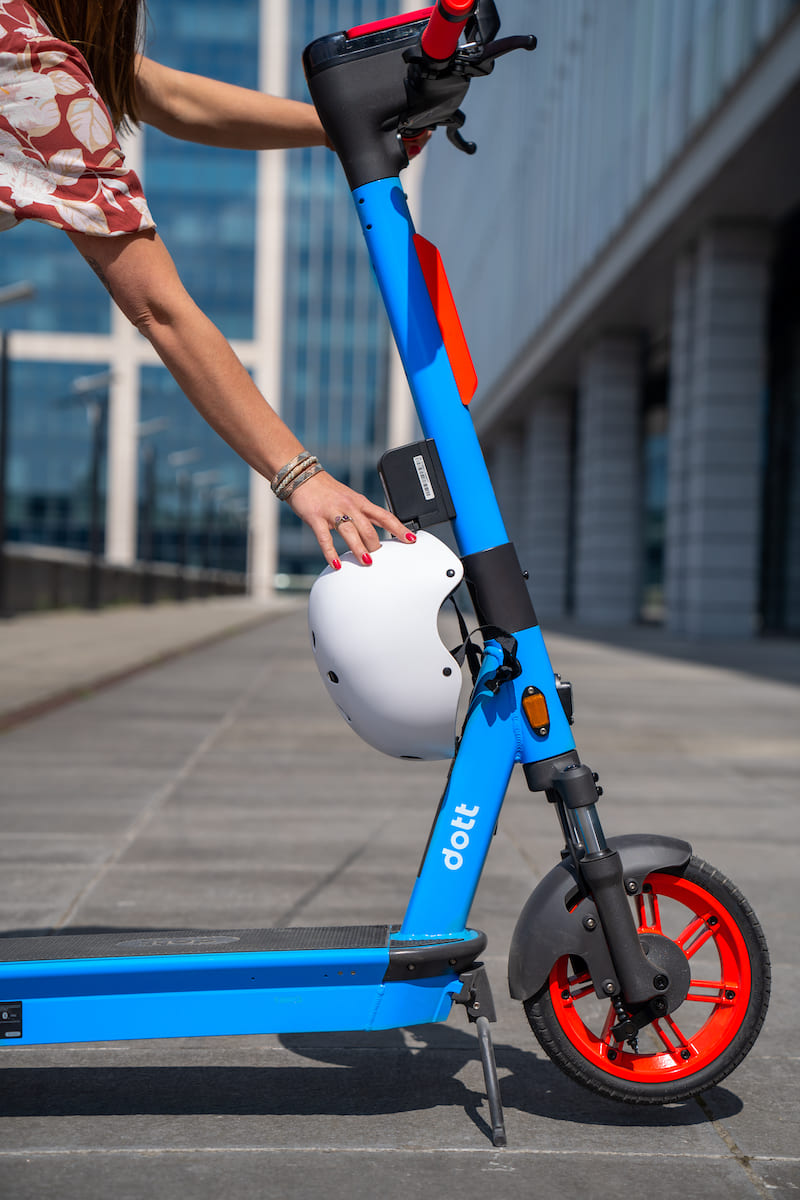 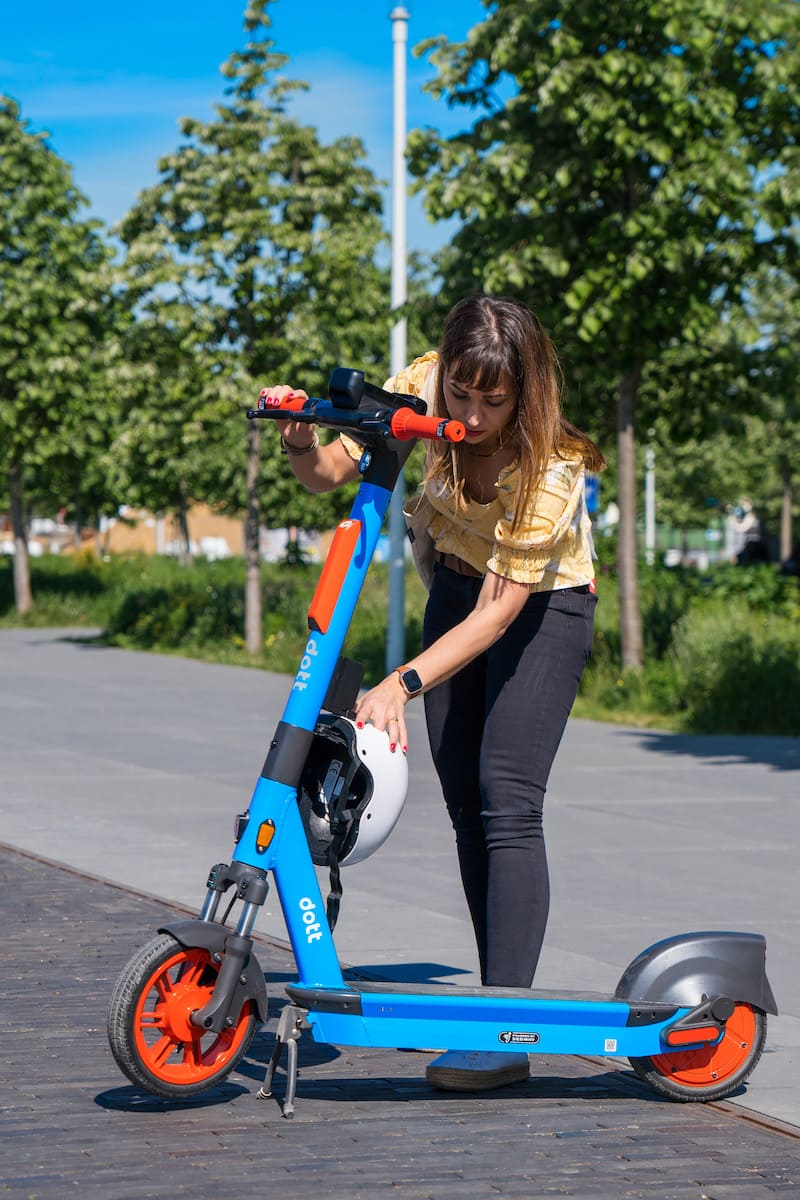 Tel Aviv has grown into a major micromobility hub as the city and its residents have wholeheartedly embraced light electric vehicles.

Electric bikes and e-scooters are something of a great equalizer in the city, where it is common to see everyone from students to professionals riding personal electric vehicles.

Many electric motorbike companies such as Sur Ron and Alrendo have made Tel Aviv dealers an early stop on their world expansion. 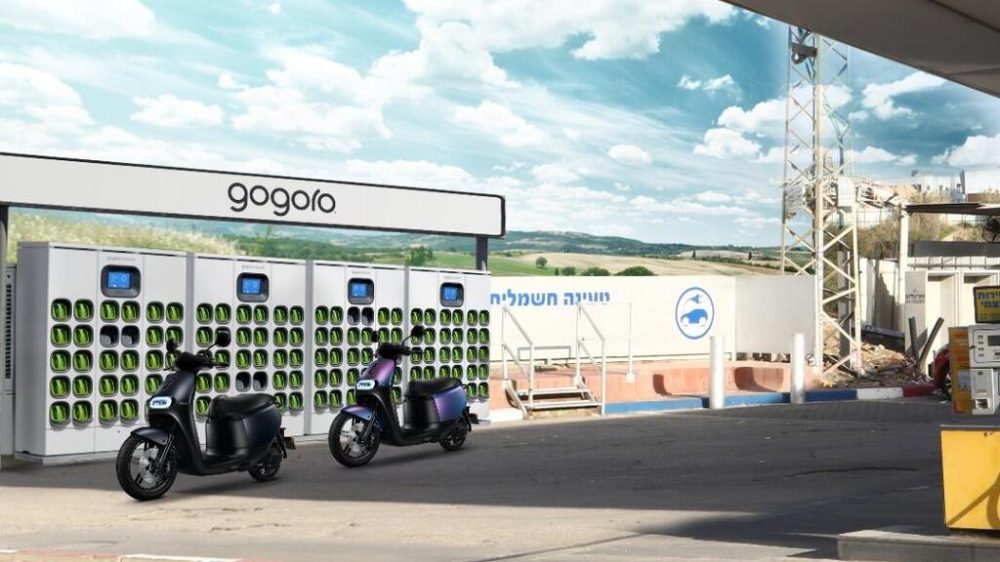 Planned Gogoro battery swap station in Tel Aviv, currently under construction to be completed in June.

Later this year, Tel Aviv is also preparing to bring online the first routes of its new rapid transit Tel Aviv Light Rail train network for city commuters. Once completed, the Light Rail will cover the entire city as well as connect it to local suburbs, helping to significantly reduce the number of cars driven into the city and shorten commuting times even further.

When used in conjunction with shared or personal micromobility, it will become largely unnecessary to commute in the city with a personal car.

The Israeli government has also set an expiration date for the end of gas-powered car sales in the country, with imports of such vehicles being outlawed after 2030.