source link: https://markets.businessinsider.com/news/currencies/tether-dollar-peg-exposed-risk-stablecoin-assets-confidence-terra-luna-2022-5
Go to the source link to view the article. You can view the picture content, updated content and better typesetting reading experience. If the link is broken, please click the button below to view the snapshot at that time. 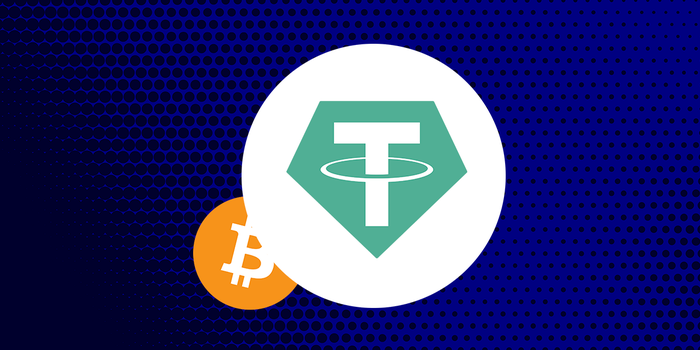 The stablecoin shockwaves rippling through the cryptocurrency market represent a wakeup call for Tether, whether it knows it or not.

After losing its one-to-one US dollar peg on Thursday — falling as low as $0.95 — Tether quickly moved to ease investor concern. That came after the implosion of the Terra algorithmic stablecoin raised fears that others are vulnerable too.

Tether has since regained its benchmark, but questions still loom as to how Tether will navigate the new crypto landscape, and if regulators will force their hand.

"Sadly, its balance sheet is not sufficiently transparent to gain comfort. But as long as it is considered 'risk-free' it presents risk," Marc Rubinstein, author of the Net Interest newsletter, wrote on Substack.

Tether is the largest stablecoin with a market capitalization of early $80 billion. It's often used to facilitate crypto transactions due to its attractiveness as a token backed by highly liquid assets. Tether says it has billions in reserves, including US government debt and corporate bonds, to help process transactions and withdrawals.

Still, details on those corporate bonds, such as the identities of the issuers, remain undisclosed. And Tether is also reluctant to reveal more about its government debt holdings. In an interview with the Financial Times, Chief Technology Officer Paolo Ardoino declined to give details about its US government bonds because he did not "want to give our secret sauce."

Martha Reyes, head of research at BEQUANT, a digital brokerage and exchange noted that Thursday wasn't the first time Tether has depegged from the US dollar, but it's still a stark sign that more regulation and greater visibility into the space is needed.

"To assuage concerns and encourage more entrants into the space, ideally it should disclose more details and regulators may force the issue," she told Insider.

Meanwhile, a Barclays analyst said in a recent note that Tether's quarterly updates don't provide timely insights about liquidity for a portfolio comprised of short-maturity assets.

To be sure, Tether disclosed Thursday that it boosted the amount of Treasury holdings, which now account for over 52% of the company's assets, and it expects to add to that amount. Meanwhile, it's been lowering its commercial debt. Those holdings were revealed after a settlement last year with the New York state attorney general, who alleged Tether wasn't fully backed by US dollars at all times.

Tether said that it's confident it can continue to honor its commitment to clients and customers.

"Tether has maintained its stability through multiple black swan events and highly volatile market conditions and even in its darkest days Tether has never once failed to honour a redemption request from any of its verified customers," the company said in an email to Insider.

In fact, Tether said Thursday it processed more than $3 billion in withdrawals "pretty quickly," with redemption requests ranging from $100,000 to $600 million.

Such transparency may not be enough to hold off regulators, or the wider crypto market. While Tether differs from algorithmic stablecoins, which use complex code to mint and burn tokens to maintain a peg, it is still at the mercy of the ebbs and flows in investor sentiment.

And experts say the market may be in for tougher regulations that will force Tether to open their books wider.

"Everything crypto, including stablecoins backed by real assets, got sold and fears are elevated that stablecoin regulation will only get tougher," said Edward Moya, senior market analyst at OANDA.