source link: https://www.neowin.net/news/windows-11-22h2-sun-valley-2-alleged-rtm-date-revealed-by-leaker/
Go to the source link to view the article. You can view the picture content, updated content and better typesetting reading experience. If the link is broken, please click the button below to view the snapshot at that time. 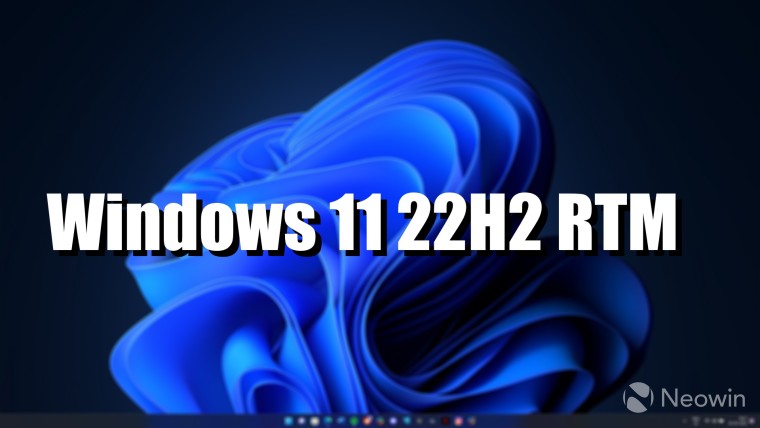 Whispers and murmurs about Windows 11 22H2 (codenamed Sun Valley 2) reaching release to manufacturing (RTM) status soon have been doing the rounds for a while now, with a report suggesting that it is happening this month itself. Another more recent report claimed that the latest Beta Channel build 22621 was the RTM candidate, with the sign-off on May 20, which is just under a week away.

Today, famed leakster and Twitter user WalkingCat has revealed the Windows 11 22H2 RTM date and it is just a few days after the May 20 signing-off. According to WalkingCat, Microsoft will be signing 22H2 or Sun Valley 2 (SV2) on May 24. However, it wasn't revealed which Windows 11 build was the RTM candidate and so for now, the most likely candidate seems to be build 22621 as suggested by yesterday's report.

The final general availability (GA) for Windows 11 22H2 is rumored to be quite a while away still with reports pointing to an alleged September-November time frame.

Notably, May 24 is also the date when Microsoft's Build 2022 conference commences. So it could be two major events going off on a single day.

Build 2022 will be a three-day developer conference from May 24-26 during which the Redmond giant will unveil its latest developer tools, technologies, and updates for various software products. Like in 2020 and 2021, due to the pandemic, Build 2022 is no exception as it will not be an in-person event.