Workers at Apple supplier factory in China clash with guards over 'zero-COVID' l...

source link: https://macdailynews.com/2022/05/06/workers-at-apple-supplier-factory-in-china-clash-with-guards-over-zero-covid-lockdowns/
Go to the source link to view the article. You can view the picture content, updated content and better typesetting reading experience. If the link is broken, please click the button below to view the snapshot at that time.

Hundreds of workers at an Apple supplier’s factory in China clashed with authorities and flooded past isolation barriers after weeks under draconian lockdowns, a clear breakdown in the Chinese Communist Party’s quixotic effort to achieve “zero-COVID.”

The Shanghai factory, which is owned by Taiwan’s Quanta Computer Inc. and makes devices for Apple Inc. among others, has been operating under tight restrictions since the beginning of April. In a video shared on Twitter and YouTube, workers rushed through barriers and tangled with guards in white protective gear who tried to keep them inside.

Quanta employees confirmed the clash occurred Thursday evening, while the company did not immediately provide comment. One worker said that people are worried about further tightening because there are positive Covid cases on the campus. The government is taking a central role in managing the plant’s operations, said another employee on-site.

The incident underscores the rising challenges for President Xi Jinping’s hardline strategy in containing the pandemic. China has imposed sweeping lockdowns to quarantine the infected and prevent Covid’s spread, an approach that has sparked unusual protests and complaints in the 25-million strong city of Shanghai. The policy has also threatened China’s economy…

Tensions at the Quanta factory in the Songjiang district of Shanghai boiled over after workers tried to return to dormitories after their shifts, according to Taiwanese media outlet UDN. More than 100 jumped over a gate and ran past the staff without regard for their guidance, it said.

People are getting tired and frustrated under the controls, one of the workers said.

Operations at the facility returned to normal by Friday morning, another worker said.

Quanta is a critical partner for Apple, generating more than 50% of its revenue from the Cupertino, Calif.-based company as it assembles MacBooks and other devices.

MacDailyNews Take: People yearn to be free, especially from idiots tilting at windmills, which — along with the usual atrocities which authoritarianism begets — is why the CCP will someday ultimately will fail.

In general, human-transmissible coronaviruses do not disappear. There is no such thing as zero-COVID. Duh.

COVID-19 is here to stay. It will very likely become endemic, yet pose less danger over time. People will acquire immunity via vaccines (effectiveness TDB) and naturally as they contract and recover from variants like omicron since the partially-effective vaccines permit not only transmissibility, but also breakthrough infections. Influenza and the four human coronaviruses that cause common colds (OC43, 229E, NL63 and HKU1) are, of course, also endemic, but a combination of annual flu vaccines and acquired immunity means that sane societies tolerate the unavoidable seasonal deaths and illnesses they bring without requiring lockdowns, masks, social distancing, indefinite return-to-work delays, etc.

At which point, if ever, will some people decide that wasting away their short lives in abject fear of a bad flu, very likely engineered by China and partially funded by the U.S. National Institutes of Health, is a hysterical self-defeating overreaction? – MacDailyNews, December 16, 2021

Shop The Apple Store at Amazon. 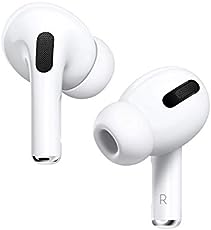