The Pixel 6a is getting a new fingerprint sensor, wider 14-country rollout

source link: https://arstechnica.com/gadgets/2022/05/the-pixel-6a-is-getting-a-new-fingerprint-sensor-wider-14-country-rollout/
Go to the source link to view the article. You can view the picture content, updated content and better typesetting reading experience. If the link is broken, please click the button below to view the snapshot at that time.

But will they be able to make enough? —

The Pixel 6a is getting a new fingerprint sensor, wider 14-country rollout

Plus, after the two-country launch for the Pixel 5a, Google is back to normal. 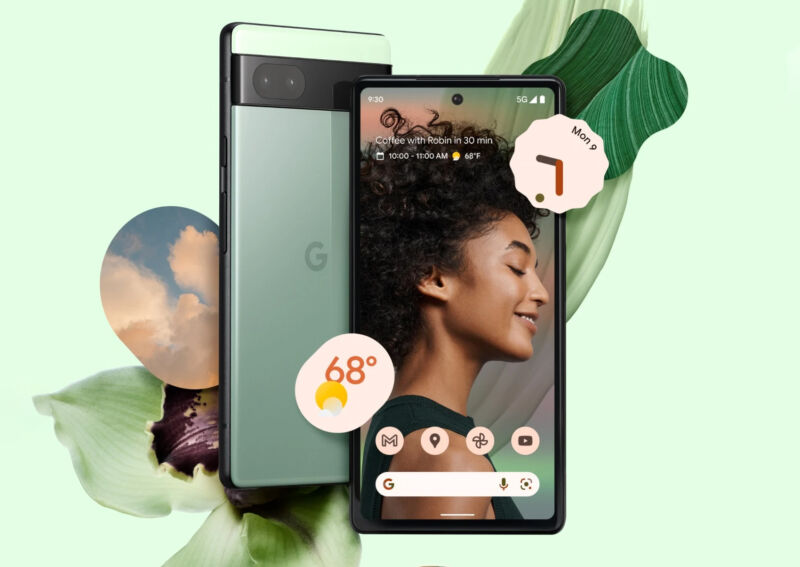 Enlarge / The Pixel 6a.
Google

The Pixel 6a is shaping up to be one of the most promising smartphone releases of the year. With a flagship-class system on a chip and a $450 price tag, it looks like Google is taking a credible swing at the iPhone SE. Since Thursday's announcement, a few more details have come out that didn't make the keynote.

First off, the Pixel 6a will be Google's widest smartphone release ever, by a small margin. Remember, the Pixel 5a release was Google's smallest ever, launching in just two countries, the US and Japan. Google's device availability support page was updated Thursday, and the Pixel 6a is back up to the usual 13 Pixel launch countries: Australia, Canada, France, Germany, Ireland, Italy, Japan, Puerto Rico, Singapore, Spain, Taiwan, United Kingdom, and United States.

But wait! There's more: Google also says the Pixel 6a will be coming to India later this year, bringing it to 14 countries. That's a new record for Google's comparatively small (Apple and Samsung ship in 100-plus countries) phone hardware operation. India is a strange choice since it's one of the most competitive global smartphone markets. Google will need to significantly drop the price of the Pixel 6a to be competitive there. We don't know the India price yet, but check out the replies to that tweet announcement, which is full of Indian consumers already dragging the phone for its assumed $450 price tag and being "only" 60 Hz. It's going to be a tough battle.

The second bit of news comes from Android Central, which received confirmation from Google that the Pixel 6a will not use the same fingerprint sensor as the Pixel 6 and 6 Pro. Some people have had a lot of trouble with the Pixel 6 fingerprint sensor, calling it slow and unreliable (though the version on our model seems fine), and Google shipped several patches that try to address the complaints. The hope is that the new fingerprint reader is faster with more reliable performance.

Overall, it seems like Google is making all the right moves with this phone. The final verdict will be in when the phone launches in July.