source link: https://www.imperial.ac.uk/news/236418/cells-block-nerve-cell-regeneration-with/
Go to the source link to view the article. You can view the picture content, updated content and better typesetting reading experience. If the link is damaged, please click the button below to view the snapshot at that time. 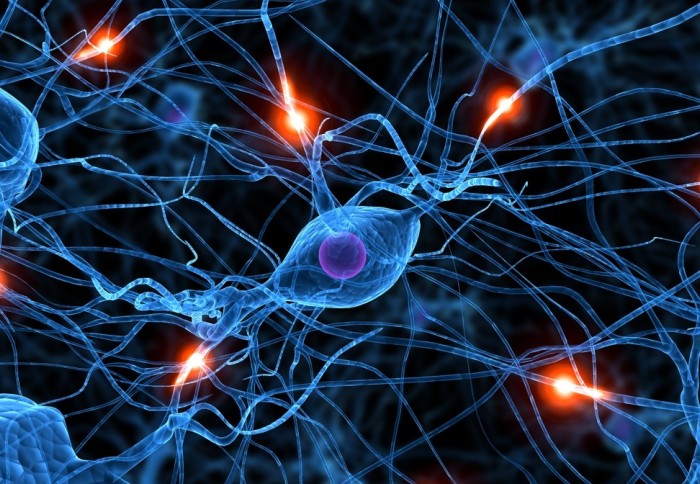 Previous research has shown that ageing impacts the ability of nerve cells to regenerate following an injury, which can impact recovery and lead to long-term disability. However, the biological mechanisms underlying this regenerative decline are poorly understood and there are no treatments available to help repair damaged nerve cells.

Now, a new study in mice led by researchers at Imperial College London has revealed that this may be due to T cells blocking regenerative signals in nerve cells with age.

Chemokines are small proteins that stimulate the migration of cells.

The team discovered that a chemokine known as CXCL13, which is specifically induced in the neurons of aged animals, can attract a type of T cell called CD8+ T cells, or cytotoxic T cells. These in turn were shown to repress nerve cell regeneration after injury in older mice. Importantly, researchers used humanised monoclonal antibodies against CXCL13 to deplete cytotoxic T cells in old mice after a sciatic nerve injury.

Monoclonal antibodies are lab-made molecules which act similarly in mice and humans to change the way our immune system interacts with different cells. They are used to treat many different conditions, including cancer.

By blocking these cytotoxic T cells, the team found that nerve regeneration was significantly improved. The team also observed that other immune cells – CD4 T cells and B cells – did not alter ageing-dependent regenerative decline in nerve cells after injury.

“The use of monoclonal antibodies to prevent these T cells from damaging nerves could promote repair and recovery in individuals affected by traumatic nerve injuries." Professor Simone Di Giovanni

The study indicates that an ageing-related mechanism enables cytotoxic T cells to prevent damaged nerve cells from regenerating and that monoclonal antibodies could be used as an effective treatment.

Researchers now need to investigate whether the current study’s findings can be replicated in humans.

Senior author Professor Simone Di Giovanni comments: “The use of monoclonal antibodies to prevent these T cells from damaging nerves could promote repair and recovery in a very large population of individuals affected by traumatic nerve injuries. This also has possible implications in a range of conditions such as neuropathies in the context of diabetes, cancer, and autoimmune disorders.”

“We still need to test whether these T cells cause damage to nerve cells in humans and whether monoclonal antibodies can promote repair. We are also exploring whether this mechanism and treatment strategy can promote repair and recovery after spinal cord injuries."

Professor Di Giovanni adds: “The same T cells that cause damage to the nerves in the aged animals are the ones that typically defend us from viruses including COVID-19.

“Counteracting this problem may therefore protect from both viral infections and neurodegeneration."

Show all stories by this author

Your comment may be published, displaying your name as you provide it, unless you request otherwise. Your contact details will never be published.

Name (required) Email (required) Message (required) * please state if you do not wish your comment to be published. 2,000 characters remaining