source link: https://techxplore.com/news/2022-05-distance-technology-affective-haptic-devices.html
Go to the source link to view the article. You can view the picture content, updated content and better typesetting reading experience. If the link is broken, please click the button below to view the snapshot at that time.

by Eindhoven University of Technology 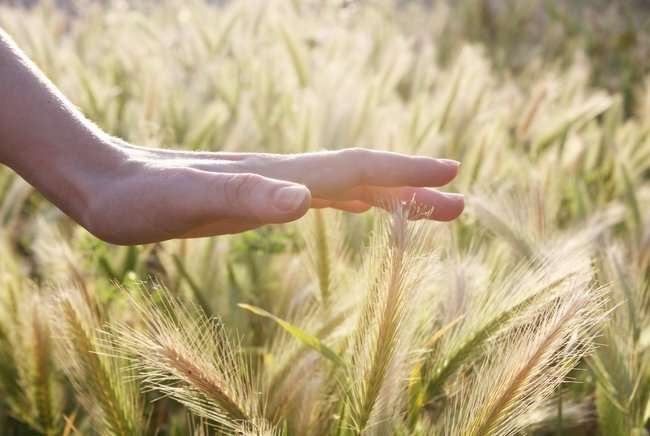 The sense of touch is important for human development, interpersonal communication, and social attachment. For situations where one is separated by distance affective haptic devices (AHDs) can be used as a new form of sense communication. AHDs are communication technologies that address the tactile or haptic modality. For her Ph.D. research, Sima Ipakchian Askari investigated people's perceptions, experiences, and responses towards affective haptic devices.

Over the years, technological solutions have been developed to facilitate communication of touch over distance by means of affective haptic displays (AHDs). There are three types of AHDs: devices that provide interpersonal physical contact over a distance (i.e., Mediated Social Touch), devices that allow for the transfer of symbolic messages (e.g., tactile icons), and awareness systems that provide information about one's presence in the home or one's heart rate. For each various prototypes have been developed.

The majority of research studies in the field of AHDs has focused on three areas: design research, development of prototypes, and experimental work investigating how the use of AHDs can affect interaction outcomes, including stress reduction and helping behavior. By looking at current research and current limitations of AHDs, Sima Ipakchian Askari identified a number of research gaps as part of her Ph.D. research.

Askari's findings show that AHDs can be of value to people—AHDs were regarded to be most suitable for circumstances in which geographical distance prevented skin-to-skin contact, and interest in AHDs increased with increasing touch deprivation. However, current mediated social touch (MST) devices remain a poor substitute for social touch. Most of our participants neither experienced nor used MST for social touch.

While they aim to simulate social touch, Askari found that current day MST devices have design characteristics that are not appropriate for doing so, as they often lack the bi-directionality and symmetry of physical contact from face-to-face interactions. In general, the lack of realism of current day MST devices—a big limitation according to our participants—needs to be addressed, whether through improvements in display technology or through other means. Moreover, it seems that there is insufficient attention in the design process for the notion that social touch is more than mere tactile stimulation, and strongly relies on context for its meaning (including, for example, other visual cues and situation-specific social norms).

A lack of attention is also reflected in that, in general, MST devices rely solely on the tactile or haptic modality, thus lacking the multimodal cues that could provide contextual information about the sender of touch or their facial expressions. As a result of this disregard of context in the design process, participants in our field study had to negotiate their own shared meaning to the tactile stimulation and started to use, and value, the provided MST devices as symbolic AHDs instead. In summary, based on the work presented in her thesis, Askari points out the need to acknowledge that MST has not yet fulfilled its promise.