source link: https://newatlas.com/science/lcls-ii-worlds-most-powerful-x-ray-laser/
Go to the source link to view the article. You can view the picture content, updated content and better typesetting reading experience. If the link is broken, please click the button below to view the snapshot at that time. 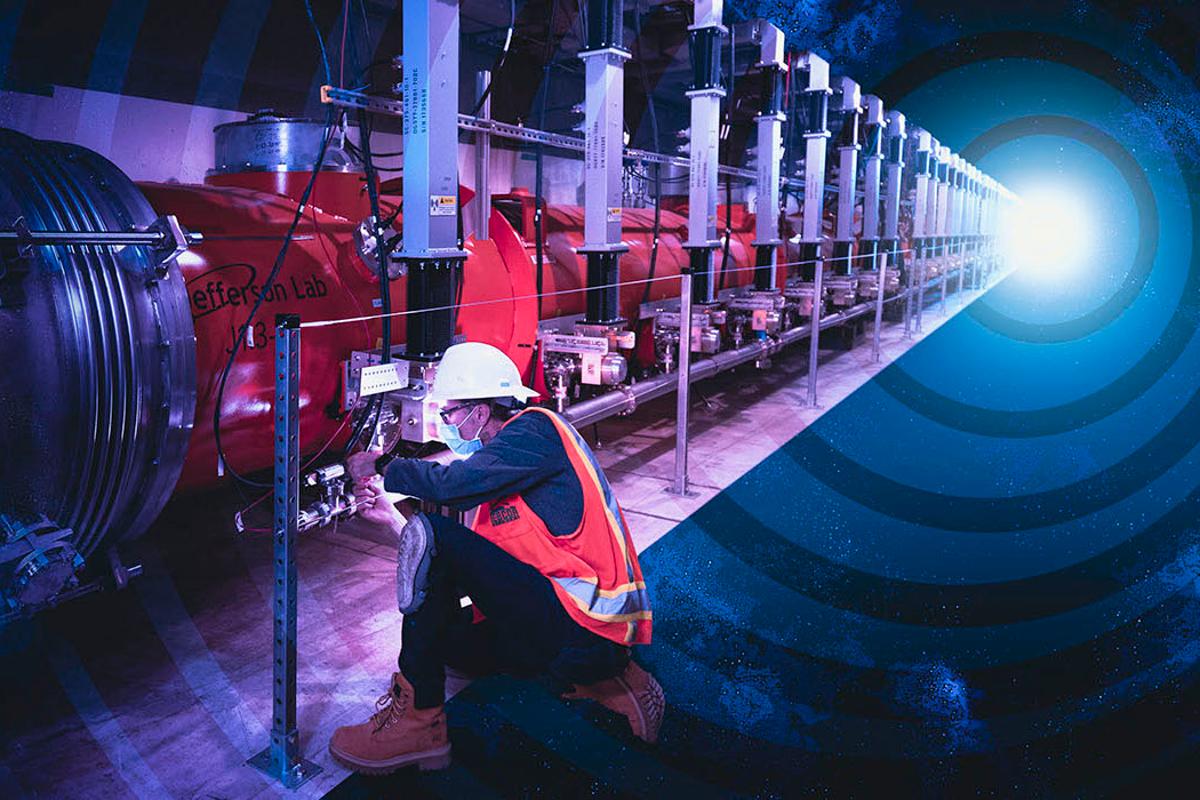 The LCLS-II upgrade lets the world's most powerful X-ray laser fire a million bursts per second, each one up to 10,000 times brighter than those of its predecessor
SLAC National Accelerator Laboratory
View 2 Images

The world’s most powerful X-ray laser is ready for operation after a massive overhaul. A powerful upgrade to Stanford’s Linac Coherent Light Source (LCLS), LCLS-II uses temperatures colder than deep space to accelerate electrons to near light-speed and fire off a million X-ray bursts per second.

LCLS-II is what’s known as a hard X-ray free-electron laser (XFEL), an instrument designed to snap images of microscopic objects in high resolution and at ultrafast time scales. Its predecessor was used to image viruses, recreate the conditions at the center of a star, boil water into plasma states hotter than Earth’s core, create the loudest sound possible, and make the kind of “diamond rain” that could fall on planets like Neptune.

The newly completed second phase of the instrument will be capable of much more. X-ray pulses from LCLS-II will be on average 10,000 times brighter than those of its predecessor, and it will fire off a million of them every second – a huge increase over the original’s mere 120 pulses per second.

“In just a few hours, LCLS-II will produce more X-ray pulses than the current laser has generated in its entire lifetime,” said Mike Dunne, director of LCLS. “Data that once might have taken months to collect could be produced in minutes. It will take X-ray science to the next level, paving the way for a whole new range of studies and advancing our ability to develop revolutionary technologies to address some of the most profound challenges facing our society.”

LCLS-II works in the same basic way as the first generation – electrons are generated and then accelerated down a long pipe, before they enter an “undulator” that makes them wobble until they throw off X-rays side to side. But each step of that process has now had an upgrade.

The biggest overhaul is the accelerator in the middle. Where previously the electrons were fired down a copper pipe at room temperature, LCLS-II uses a set of 37 cryomodules to chill the equipment down to -271 °C (-456 °F), a hair above absolute zero. It does this by piping liquid helium coolant into the modules from two large helium cryoplants.

A cross-section illustration of one of LCLS-II's cryomodules. As electrons move through a series of niobium cavities, an oscillating electrical field transfers energy to them, accelerating them to near the speed of light
Greg Stewart/SLAC National Accelerator Laboratory

At temperatures that low, niobium metal cavities inside the modules become superconducting, allowing electrons to pass through with zero resistance. Microwaves are used to power an oscillating electric field that resonates inside these cavities, syncing up to the rhythm of the passing electrons so that it transfers energy to them. This added energy accelerates the electrons, so that by the time they pass through all 37 cryomodules they’re traveling at close to the speed of light.

Next, the electrons pass into the undulators, which use strong magnets to pull the electrons side to side, making them wobble and causing them to emit X-rays. The new undulators can generate both “hard” and “soft” X-rays, which are useful for different goals – hard X-rays can image individual atoms in detail, while soft X-rays can show the flow of energy between atoms and molecules.

With the cryomodules reaching their low temperature in April, the instrument is now ready to be tested with the first electrons, the team says. It’s expected that the LCLS-II will begin producing X-rays later this year. Once it does, it’s expected that the facility will provide new insights into chemistry, biology, computing and quantum mechanics.

The history of LCLS and the LCLS-II upgrade is described in the video below.

SLAC Recent History: The creation of a powerful X-ray laser