source link: https://venturebeat.com/2022/05/12/novu-is-building-open-source-notification-infrastructure-for-developers/
Go to the source link to view the article. You can view the picture content, updated content and better typesetting reading experience. If the link is broken, please click the button below to view the snapshot at that time. 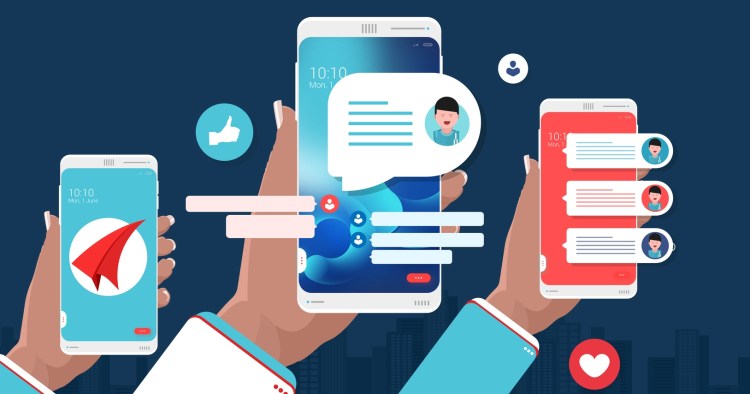 Notification overload might be one of the biggest scourges of the modern digital world, but the fact of the matter is, people need to know when a critical communication has landed on their smartphone. Manually checking the dozens of apps that they use to see whether they’ve been outbid on eBay or if their flight has been delayed, just isn’t practical.

Alerts are the cornerstone of pretty much every modern piece of consumer or enterprise software. But building and maintaining the infrastructure to power all these notifications, whether it is in-app alerts, text messages, or push notifications, requires significant development resources. This is where a new startup called Novu enters the fray, serving up the “notification infrastructure for developers,” packaged as a set of APIs and front-end components. And it’s entirely open-source, too.

Founded initially as Notifire in June last year, Novu’s cofounders are setting out to solve a problem they encountered at previous companies. In short, they couldn’t find an off-the-shelf product that manages the entire notification infrastructure stack across multiple channels — one with an easy-to-use management interface. So they had to build the solution themselves internally.

“In a way, we feel like we are building Novu for the third time already,” Novu’s cofounder and CEO Tomer Barnea told VentureBeat.

Novu arrived on the open-source scene last September, with the project garnering some 4,000 community members in the intervening months — many of whom had similar experiences of having to build their own in-house notification infrastructure. And this has merely served to confirm what Barnea and his colleagues already suspected — companies would rather not have to build their notification infrastructure from scratch.

“The ever-growing number of channels and customers who demand better and more personalized communication, requires too much time and focus from one of the most scarce and expensive resources of the enterprise — developers,” Barnea said. “Novu handles the entire domain of managing and scaling those transactional communication channels.”

The current incarnation of the Novu platform includes “priority management,” which is essentially an API that centralizes all communication channels, including email, SMS, push notifications and direct (in-app) notifications. On top of that, Novu offers content management tools for designing notifications, as well as monitoring smarts to debug deliverability issues.

Collectively, Novu’s various APIs and components allow developers to create a fully-featured notification center, either “headlessly” by leveraging Novu’s notification feed API only, or with Novu’s own customizable UI.

To help take Novu to the next level and develop commercial features on top of the core open-source platform, Novu this week announced that it has raised $6.6 million in seed funding led by Crane Ventures, with participation from Eniac, MXV, Entrée Capital and a slew of individual angel backers.

While there are some open-source notification solutions out there that help developers manage parts of their notification infrastructure stack, Novu is setting out to offer a holistic offering spanning all channels. It’s also worth noting that there are proprietary alternatives out there, such as Courier and MagicBell, but Novu is hoping that its open-source foundation will help ingratiate itself to developers, who are generally attracted to open-source products.

“Selling to developers is not an easy task, since developers tend to ignore promoted ads and conventional marketing channels,” Barnea explained. “As we’ve seen with Novu, making the platform open-source helps us reach thousands of developers around the world who experienced the problem first-hand. Developers want to understand the tools they are using and modify them for their needs — open-source software provides just that. It also helps to build a high-level of trust, created by seeing a large community of engineers work on this problem.”

With $6.6 million in the bank, the company can now bolster its existing platform with more features that are essential to any all-encompassing notification infrastructure. Indeed, Novu is working on what it calls a “digest engine,” which basically means that apps will be able to aggregate multiple events into a single notification. And Novu will embrace “timezone awareness,” enabling companies to send transactional notifications based on a user’s geographical location and (likely) working hours.

Novu will also focus on monetization, which will include selling a fully managed cloud product that abstracts away the inherent complexities of any self-hosted product. Barnea confirmed that this will follow a usage-based pricing philosophy similar to something like Twilio, where companies are charged based on the number of notifications.

But all of that’s to come in the future.

“Currently, our main focus is building a community of developers excited about what we are doing and taking part in building it by contributing to our open-source project,” Barnea said.