source link: https://www.androidcentral.com/gaming/how-to-fix-oculus-joystick-drift
Go to the source link to view the article. You can view the picture content, updated content and better typesetting reading experience. If the link is broken, please click the button below to view the snapshot at that time. 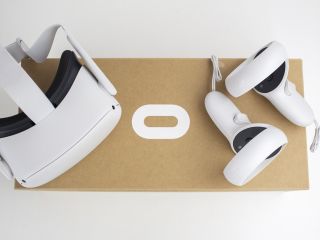 Have you ever been in the middle of a VR gaming session and noticed that your in-game position suddenly seemed to shift? Do you find yourself randomly having difficulty with navigating menus? You aren’t alone; many VR players have struggled with the exact same issues. The cause of your controller woes is known as joystick drift.

Joystick drift is an increasingly common problem with controllers. The Nintendo Switch Joy-Cons are infamous for their drift, and even the PS5 suffers from joystick drifting. When a controller is affected by drifting, it causes the joystick to move on its own without manual input from the player. This can lead to the aforementioned problems of sporadic character movement and difficult menu navigation.

Dealing with joystick drift can be a huge pain. Your first instinct might be to replace the controller outright; however, there are steps you can take that might be able to save you some money. Use these tips to try and fix Oculus controller joystick drift yourself before you order a new Oculus Touch controller.

The first thing you should do when trying to fix joystick drifting on your Oculus controller is to simply remove the battery, wait a few minutes, and insert it again. If that doesn’t work, try swapping in a new one. It’s possible that replacing your battery will solve your issue. There are a lot of different battery options to choose from, so make sure to pick the one best for you.

Now it’s time to inspect the area around the joystick. Push and hold the joystick in one direction to see if there’s anything that might be lodged in or around it, such as small particles of dust. Make sure there’s adequate lighting while inspecting your controller. If you do notice something around the joystick, then giving it a clean could be the solution. A quick wipe with a microfiber cloth might be enough to do the trick.

Many Oculus users report that the problem can be solved simply by moving the joystick around and blowing near the edges to remove the debris. However, if you’d rather not relive any memories of those out-of-breath struggles from the era of cartridge gaming, you could try using a can of compressed air instead.

Unfortunately, if replacing your batteries and cleaning your controllers haven't solved your joystick drifting woes, then there's nothing else you can do on your end. You'll need to contact Meta Support and submit a support ticket. Your controller might have to get officially repaired or replaced completely.

Do all Oculus controllers get joystick drift?

That said, not every instance of joystick drifting is something caused by the player; if the steps in this guide haven't helped with your drifting then the problem likely isn't something that could have been prevented. Sometimes joysticks get worn out over time with regular usage; other times, the controller could just be faulty. If you have to ship your Oculus controller off for repair, you can always try using an alternative controller with your Oculus Quest or Meta Quest 2 in the meantime.