Don't trust your logs! Implementing a Merkle tree for an Immutable Verifiable Lo...

source link: https://aly.arriqaaq.com/merkle-tree-and-verifiable-data-structures/
Go to the source link to view the article. You can view the picture content, updated content and better typesetting reading experience. If the link is broken, please click the button below to view the snapshot at that time.

Don't trust your logs! Implementing a Merkle tree for an Immutable Verifiable Log (in Go) 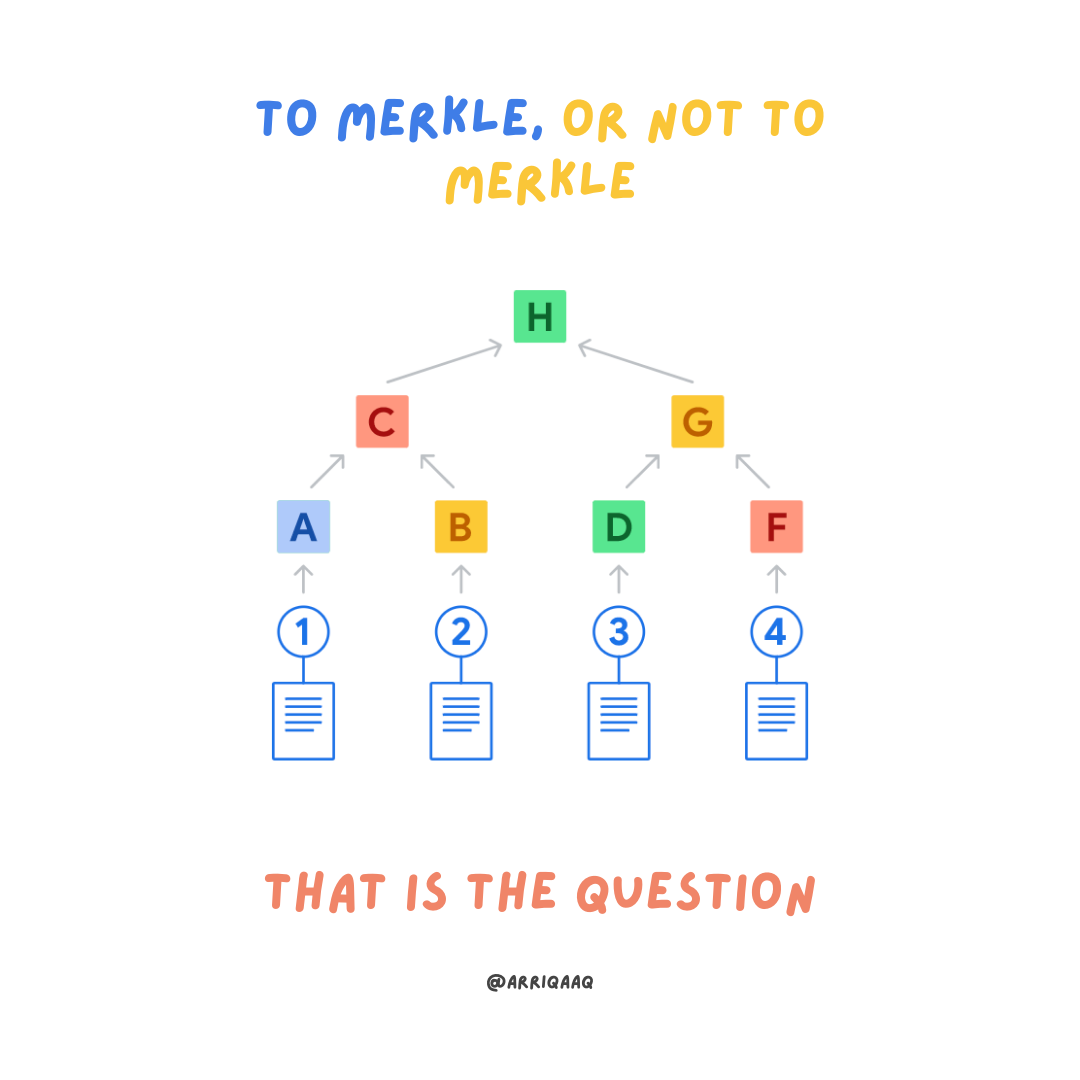 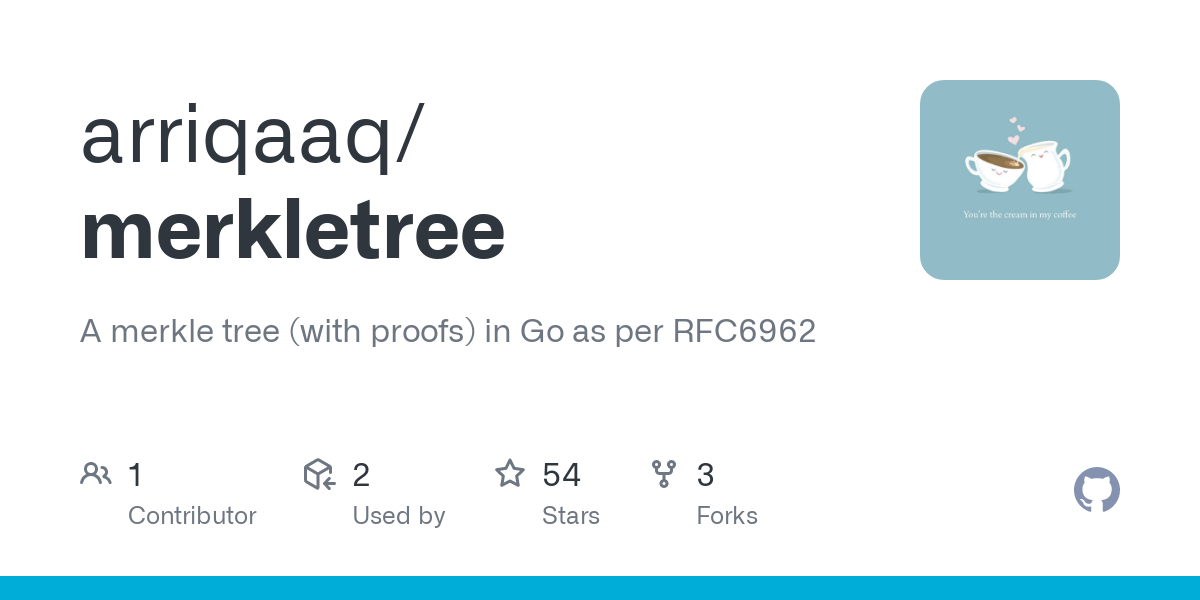 Recently I'd been reading on the application of immutable databases for tracking changes in sensitive data, and for auditing purposes. That got me thinking on how they work underneath. This blog is an attempt to understand the data structures/cryptographic algorithms used in building such a system.

Traditional database records are mutable, and therefore there is no way to know for sure if your data has been compromised. Tamper-evident logs solve this problem. Tamper-evident logs means you can cryptographically prove that the data hasn’t been unexpectedly changed. Knowing the provenance, integrity and sequence your data was created means you’ll be able to monitor third-party ecosystems and simplify regulatory compliance. You can trust the data you rely on.

This has a variety of use cases in the industry we work in. Permissioned systems have a flaw, an assumption that they are secure. Many database or log systems run on untrusted servers or are subject to malicious attacks from insiders and, therefore, vulnerable to tampering. Organizations depend on widely-used database systems to store their data and try to limit the kind of operations users can perform on them by using authentication, hardening rules and access control mechanisms.

Permissionless systems (like Blockhain) implement zero trust from grounds up. Suppose we have a continuous sequence of records: access logs, event logs, transaction logs, secrets, configuration files or any sequenceable data. Such sequence can be materialized in one or multiple log files and therefore provide an audit trail to understand the activity of a system. And so, it may be subject to queries by users who want to diagnose problems. The evidence one seeks in these sorts of diagnostic investigations often takes the form of statements of existence and order.

A tamper-evident log stores an accurate, immutable and verifiable history of activity. This is an example of a verifiable system. You could use them to track credits and debits in banking transactions, access logs to sensitive healthcare records, cryptographic hashes of software packages, compliance artifacts of regulated activities, or modifications to a document.

Use cases of Tamper-evident Logs

A tamper-evident log keeps you in control of your audit artifacts and gives auditors confidence. Regulated industries require companies to collect and retain many types of compliance records. Auditors need to verify the integrity and nonrepudiation of those records.

By using a tamper-evident to store compliance records, you can keep them in one place and simplify presenting them to an auditor. You can cryptographically prove they haven't been tampered with.

A tamper-evident log is a more efficient way of presenting compliance records to an auditor who can easily verify their history and integrity.

The best example of an application of an immutable log is how the Public Go Module Ecosystem. Sigstore is another such example.

If you've been in the Golang community for long, in the initial days, there were so many proxy servers available to download modules from, that one would not know which one to trust or not. What if some malicious snippet has been inserted? An attacker able to intercept the connection to the proxy server or github.com (or an attacker able to break into one of those systems, or a malicious module author) would be able to cause goget to download different code tomorrow, and goget would not notice. There was no way to verify until the introduction of the Go checksum database.

The Certificate Transparency project is based on a data structure called a transparent log. The transparent log is hosted on a server and made accessible to clients for random access, but clients are still able to verify that a particular log record really is in the log and also that the server never removes any log record from the log. Separately, third-party auditors can iterate over the log checking that the entries themselves are accurate. These two properties combined mean that a client can use records from the log, confident that those records will remain available in the log for auditors to double-check and report invalid or suspicious entries. Clients and auditors can also compare observations to ensure that the server is showing the same data to everyone involved.

The Go checksum database runs at https://sum.golang.org/ and serves the following endpoints:

The Go team at Google runs the Go checksum database as a service to the Go ecosystem, similar to running godoc.org and golang.org.

A module proxy can also proxy requests to the checksum database. The general proxy URL form is <proxyURL>/sumdb/<databaseURL>. If GOPROXY=https://proxy.site then the latest signed tree would be fetched using https://proxy.site/sumdb/sum.golang.org/latest. Including the full database URL allows a transition to a new database log, such as sum.golang.org/v2.

A corporate proxy may want to ensure that clients never make any direct database connections. The optional /sumdb/supported endpoint, along with proxying actual database requests, lets such a proxy ensure that a go command using the proxy never makes a direct connection to sum.golang.org. But simpler proxies may wish to focus on serving only modules and not checksum data—in particular, module-only proxies can be served from entirely static file systems, with no special infrastructure at all. Such proxies can respond with an HTTP 404 or HTTP 410 to the /sumdb/supported endpoint, so that clients will connect to the database directly.

The go command verifies the log as it uses it, ensuring that every record it reads is actually in the log and that no observed log ever drops a record from an earlier observed log.

The go command refers to $GOSUMDB to find the name and public key of the Go checksum database. That variable defaults to the sum.golang.org server.

Data structures underneath the hood

I read through the RFC for Certificate Transparency, to check for the data structures used underneath, and Merkle Trees was the answer.

Merkle Trees are the most famous of these and have been used for decades because they can enable efficient verification that a particular piece of data is included among many records - as a result they also form the basis of most blockchains. 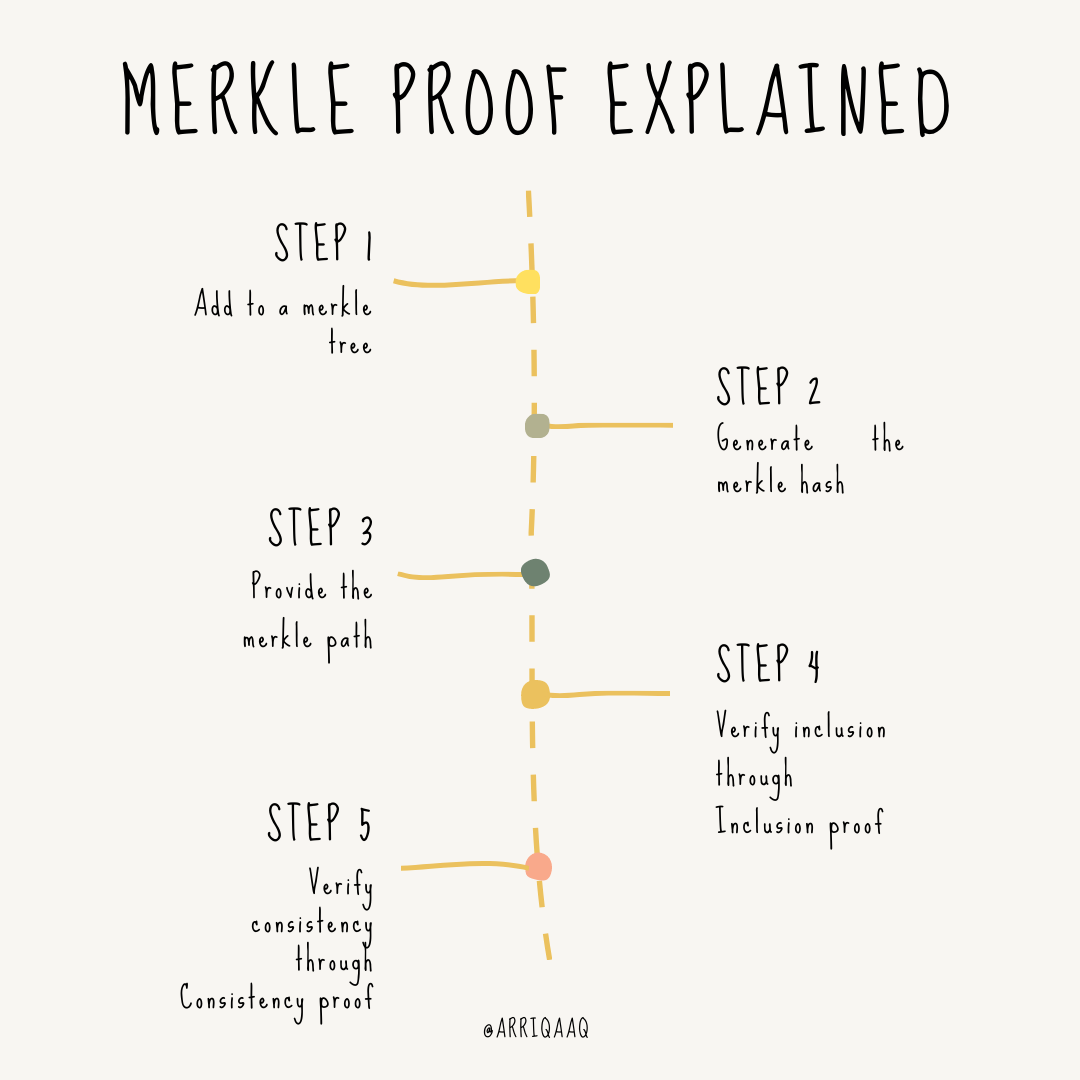 A binary tree that stores values at the lowest level of the tree and uses cryptographic hash functions. While leaves compute the hash of their own attributes, parents derive the hash of their children’s hashes concatenated left-to-right. Therefore the hash rooted at a particular subtree is recursively dependent on all its descendants, effectively serving as a succinct summary for that subtree. 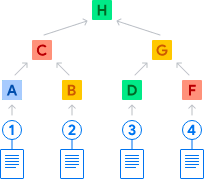 A Merkle tree can prove values to be present by constructing efficient membership proofs. Each proof must include a Merkle audit path, and it is verified by recomputing all hashes, bottom up, from the leaf that the proof concerns towards the root. The proof is believed to be valid if the recomputed root hash matches that of the original Merkle tree, but to be convincing it requires a trustworthy root (e.g., signed by a trusted party or published periodically in a newspaper). 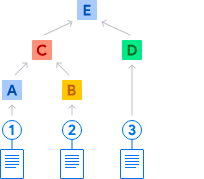 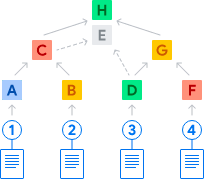 A Merkle audit path for a leaf is the list of all additional nodes in the Merkle tree required to compute the Merkle Tree Hash for that tree. If the root computed from the audit path matches the true root, then the audit path is proof that the leaf exists in the tree.

A simple array of byte entries

You can find the entire code here