source link: https://www.atlasobscura.com/articles/pointing-and-calling-japan-trains
Go to the source link to view the article. You can view the picture content, updated content and better typesetting reading experience. If the link is broken, please click the button below to view the snapshot at that time.

A seemingly silly gesture is done for the sake of safety. 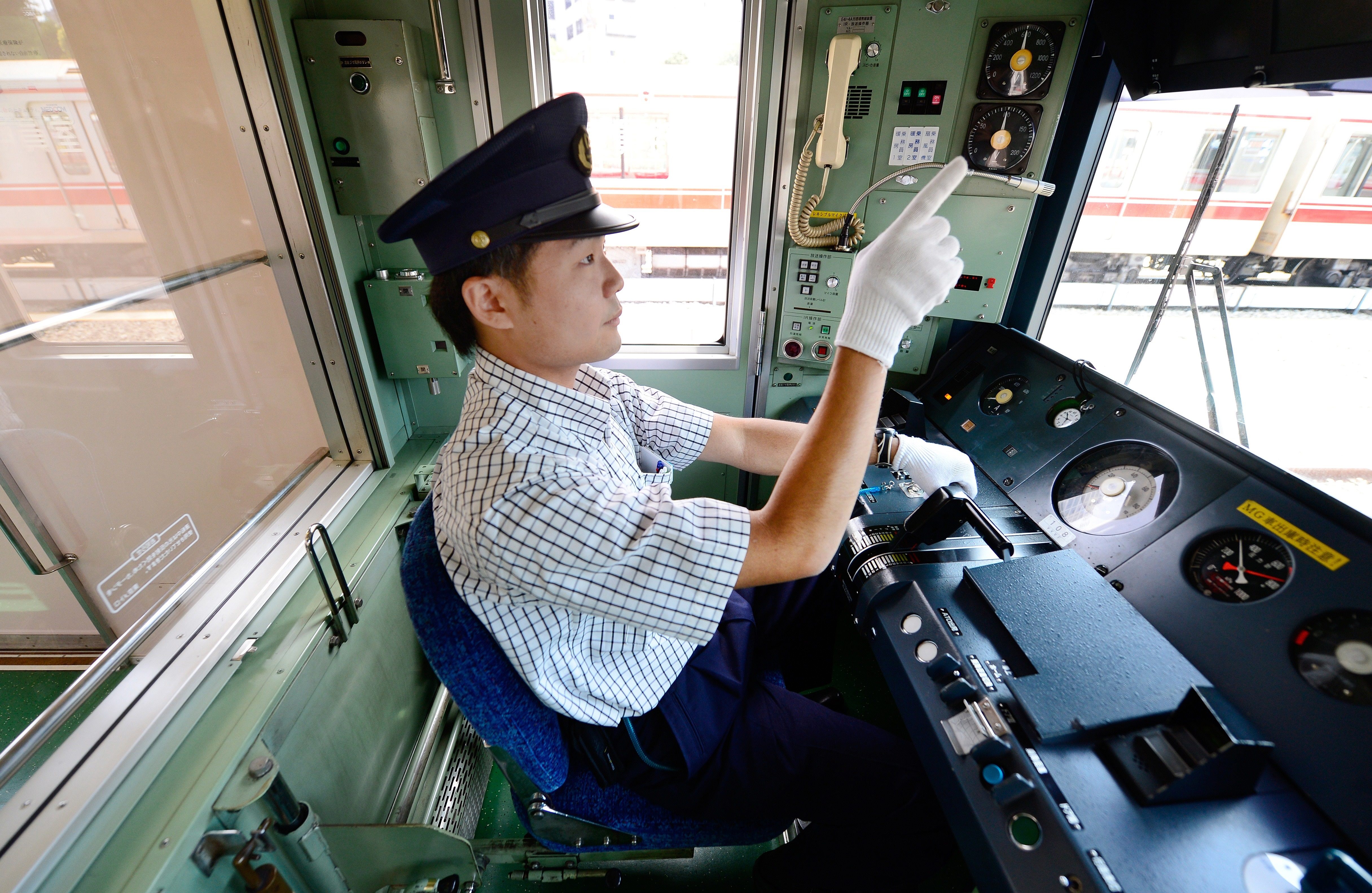 A Tokyo train driver pointing at meters on the dashboard. Toru Yamanaka/AFP/Getty Images

It is hard to miss when taking the train in Tokyo. White-gloved employees in crisp uniforms pointing smartly down the platform and calling out—seemingly to no one—as trains glide in and out of the station. Onboard is much the same, with drivers and conductors performing almost ritual-like movements as they tend to an array of dials, buttons and screens.

Japan’s rail system has a well-deserved reputation for being among the very best in the world. An extensive network of tracks moving an estimated 12 billion passengers each year with an on-time performance measured in the seconds makes Japanese rail a precise, highly reliable transportation marvel.

Train conductors, drivers and station staff play an important role in the safe and efficient operation of the lines; a key aspect of which is the variety of physical gestures and vocal calls that they perform while undertaking their duties. While these might strike visitors as silly, the movements and shouts are a Japanese-innovated industrial safety method known as pointing-and-calling; a system that reduces workplace errors by up to 85 percent. 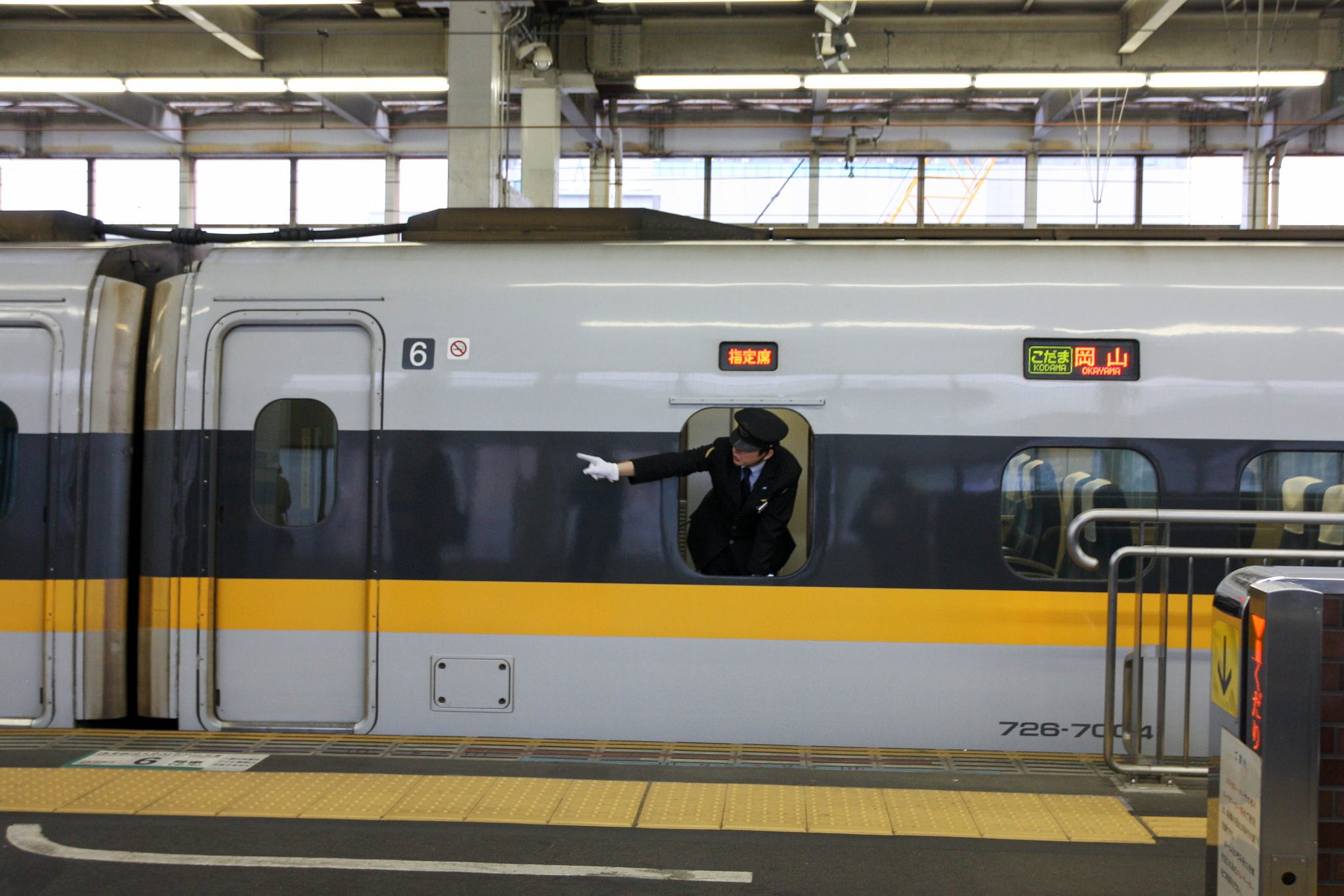 A Hiroshima train conductor pointing along the track. James Abbott/CC BY 2.0

Known in Japanese as shisa kanko, pointing-and-calling works on the principle of associating one’s tasks with physical movements and vocalizations to prevent errors by “raising the consciousness levels of workers”—according to the National Institute of Occupational Safety and Health, Japan. Rather than rely on a worker’s eyes or habit alone, each step in a given task is reinforced physically and audibly to ensure the step is both complete and accurate.

In the rail context, when train drivers wish to perform a required speed check, they do not simply glance at a display. Rather, the speedometer will be physically pointed at, with a call of “speed check, 80”—confirming the action taking place, and audibly confirming the correct speed. For station staff who ensure the platform-side tracks are free of debris or fallen passengers, a visual scan alone is not sufficient. Instead, the attendant will point down the track and sweep their arm along the length of the platform—eyes following the hand—before declaring all clear. The process repeats as the train departs, ensuring no bags—or passengers—are caught hanging from the train’s closed doors.

It is such an integral part of Japanese transportation that direction boards at the Kyoto Rail Museum even feature characters in the classic point-and-call stance.

The system is in place across a number of industries in Japan. Originally developed by the now-defunct Kobe Railroad Administration Bureau in the late Meiji Period (the early 20th century), pointing-and-calling is known to reduce workplace errors by up to 85 percent, according to one 1996 study. While some workers point-and-call more enthusiastically than others, even those who are more blasé benefit from the increased awareness that comes from physically reinforcing each task.

For such a simple but effective method of improving workers’ error rate, the system continues to find itself largely confined to Japan. Indeed, it is one of the many quirks of the Japanese workplace that fall flat with Western workers. In the case of pointing-and-calling, Japanese commentators have theorized that Western employees feel “silly” performing the requisite gestures and calls. 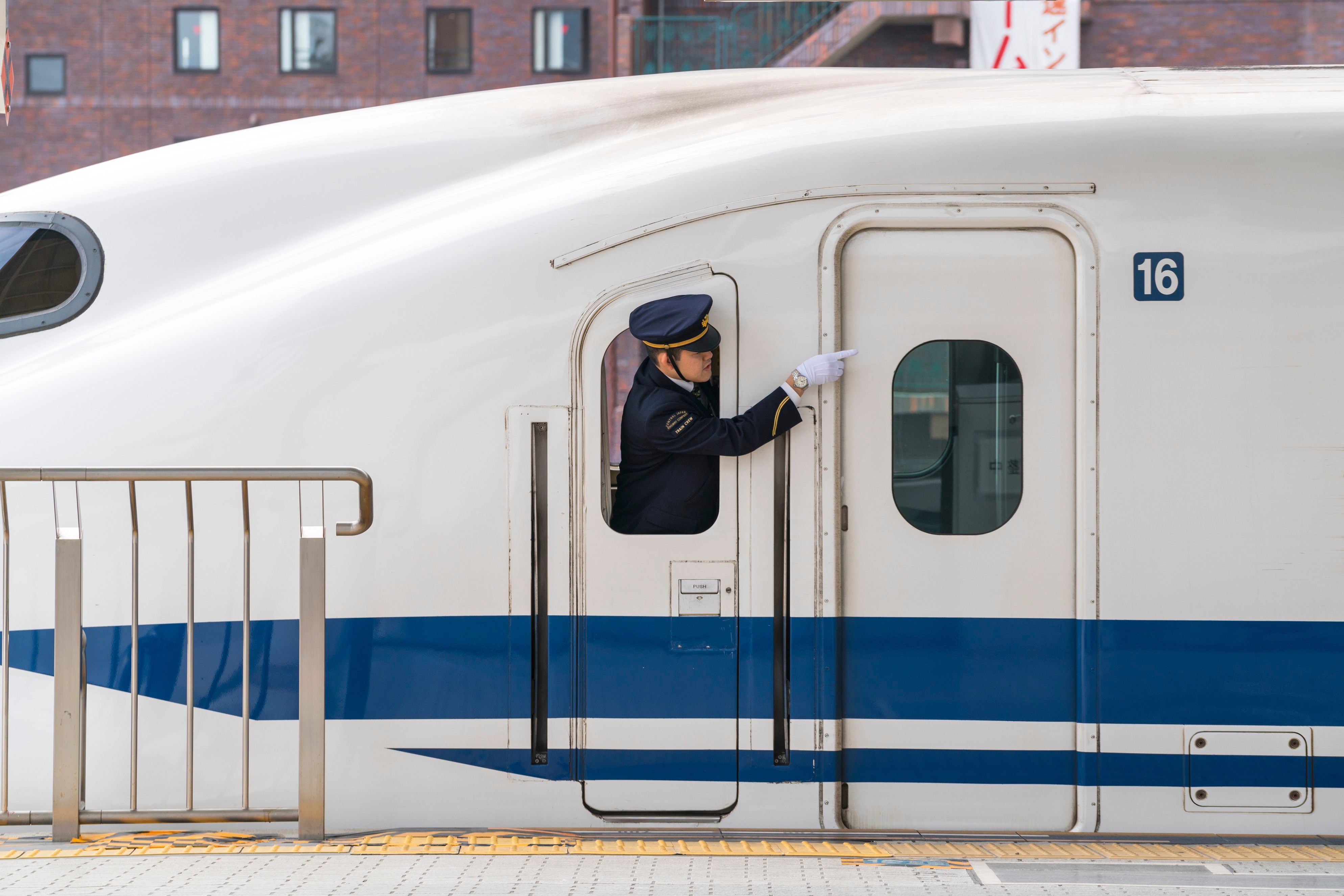 A notable exception is New York City’s MTA subway system, whose conductors have used a modified point-only system since 1996 after then Chief Transportation Officer Nathaniel Ford was fascinated by the point-and-call system during a business trip to Japan. In the MTA’s case, conductors point to a fixed black-and-white “zebra board” to confirm a stopped train is correctly located along the platform.

According to MTA spokeswoman Amanda Kwan, conductors were quick to adapt to the new system, and within two years of implementation, incidents of incorrectly berthed subways fell 57 percent.

Japanese workers are also not immune to feeling self-conscious when it comes to pointing-and-calling, although with training it soon becomes an accepted part of the job. A spokesperson for Tokyo Metro noted in a statement that new employees “recognize pointing-and-calling as necessary for safe rail operations, and therefore do not feel embarrassment.”