source link: https://www.allaboutcircuits.com/news/three-new-power-devices-cut-down-component-count-and-bill-of-materials/
Go to the source link to view the article. You can view the picture content, updated content and better typesetting reading experience. If the link is broken, please click the button below to view the snapshot at that time.

one day ago by Ikimi .O

In this article, we'll examine some recent product announcements and highlight the technologies the companies are creating, in addition to analyzing how their component count cuts were achieved and the implications of shrinking part count for the design applications they target.

The first announcement focusing on cutting comments in power designs comes from Eggtronic, a specialist in mixed-signal controllers designed for power converters. Recently it has announced its single-stage zero voltage switching power factor correction (PFC) and regulator solution called the SmartEgg. The capabilities of this solution claim to make it suitable for AC/DC power conversion within the 100 W to 1 kW range, offering high power density and efficiency at a comparatively lower bill of materials (BOM). 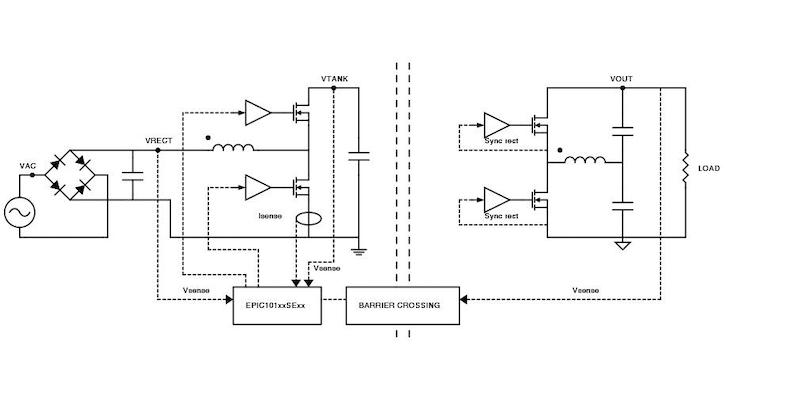 The hardware design of this solution includes a single-stage converter that can act as an isolated regulator and a PFC. This design states to significantly cut down the BOM by up to 50%. It does so while offering additional benefits compared to the conventional boost PFC + LLC (two L (inductances) and one C (capacitor)) resonant converters. These benefits include improved efficiency and power density, according to the company. 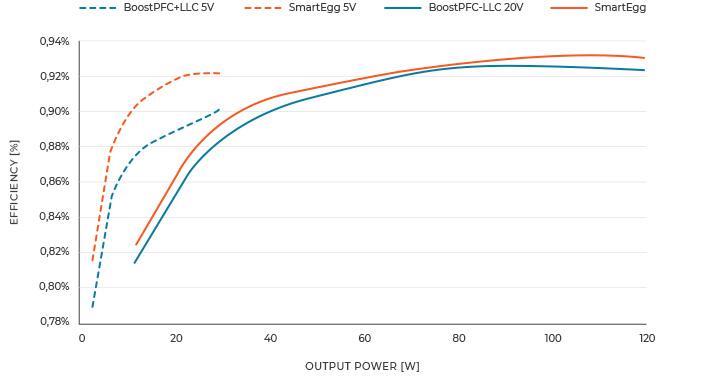 Meanwhile, SmartEgg harnesses the capabilities of a GaN half bridge-driven proprietary magnetic component on the primary side to achieve high-efficiency operations. Eggtronics was able to slash the component count of its SmartEgg solution by implementing an architecture that requires a single magnetic component. This component can be suited for PFC and regulation functionalities while needed only half as many MOSFETs.

The SmartEgg design requires just one magnetic component and only half as many MOSFETs and traditional boost PFC + LCC convertors. Image used courtesy of Eggtronics

One key feature of the SmartEgg is its forced zero voltage switching (ZVS) under various load conditions. This feature includes full and light load, single-stage PFC integration with an isolated regulator that reduces the BOM by half, and a smaller footprint that offers a power density of up to 30 W/in3.

Moreover, the solution comes in different output options, including:

The next product in this round-up, the HiperLCS-2 chipset from Power Integrations, sought to significantly redefine the design and manufacture of LLC resonant power converters. In a recent announcement, the company noted that this innovative dual-chip solution integrates several components to lower component count by up to 40% and eliminate heatsinks. These components include a high-bandwidth LLC controller-based isolation device, a standalone half-bridge power device, and a synchronous rectification driver.

To achieve its lowered component count, Power Integrations used an approach to resonant converter manufacturing that's different from the conventional schemes. Traditional approaches use separate controllers and discrete MOSFETs, but those implementations are known for their high complexity and high component count. The company instead employs magneto-inductive FluxLink technology and fast recovery diode field-effect transistors (FREDFETs).

By using these components, it claims to achieve an LLC topology that eliminates bulky heatsinks, unreliable optocouplers, and ultimately minimizes device component count. Moreover, the capabilities of the HiperLCS-2 chipset allow it to eliminate LLC topology-related compromises and ensure the rapid and consistent implementation of high-performance and low component count designs. 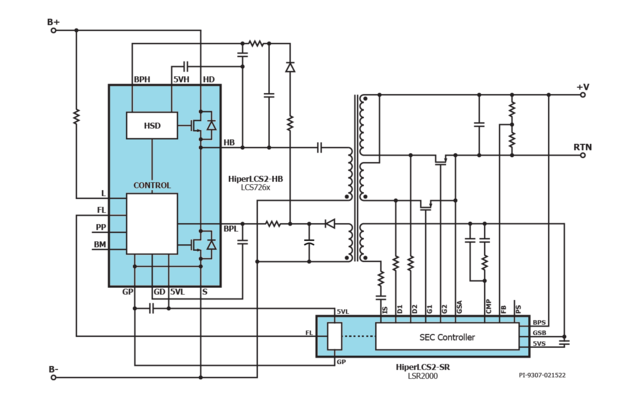 The HiperLCS-2 chipset claims to offer various features well suited for high-efficiency power supplies of up to 220 W and into several consumer electronics such as electric bicycles, tool chargers, PCs, and televisions.

As detailed in the HiperLCS-2 datasheet, these features include:

Wrapping up the article, the final product zeros in on how electric vehicles (EVs), hybrid EVs (HEVs), and plug-in HEVs (PHEVs) require resistors to ensure adequate pre-charging and discharging across a wide temperature range of up to 250°C.

The recently released AEC-Q200 qualified hybrid wirewound technology-based HRHA resistor from Vishay Intertechnology promises several benefits for pre-charging and discharging applications in EV-based inverters and converters. The company achieves this by leveraging the capabilities of the hybrid wirewound technology, which is comprised of a conductive wire wound around a non-conductive coil, to ensure lower component counts than conventional charging resistors.

Conventional charging resistor designs use several thick film resistors to meet the need for a high pulse in pre-charging and discharging operations. However, the high energy absorption capability allows the HRHA resistor solution from Vishay to incorporate a single component into its design and significantly minimize fabrication costs.

Consequently, HRHA could offer a wide range of benefits, including a high power rating of up to 90 W and 54 W on stainless steel and Pamitherm, respectively, low-temperature coefficient (TCR) within  ±100 ppm/°C, and resistance ranging from 1 tΩ to 1 kΩ, with tolerance down to ± 5%. For more information see the HRHA datasheet.

These three recently released solutions could help ensure low-cost designs because they enable manufacturing with fewer electronic components, which drives down costs. Moreover, lower component counts enable the design and manufacture of end products with smaller footprints and, ultimately, design miniaturization. The more miniaturization, the easier it is to mount a set of electronics into any end product design, and that results in overall design reliability.