source link: https://techxplore.com/news/2021-08-cooperative-smart-shipping-closer-port.html
Go to the source link to view the article. You can view the picture content, updated content and better typesetting reading experience. If the link is broken, please click the button below to view the snapshot at that time.

by Chinese Association of Automation 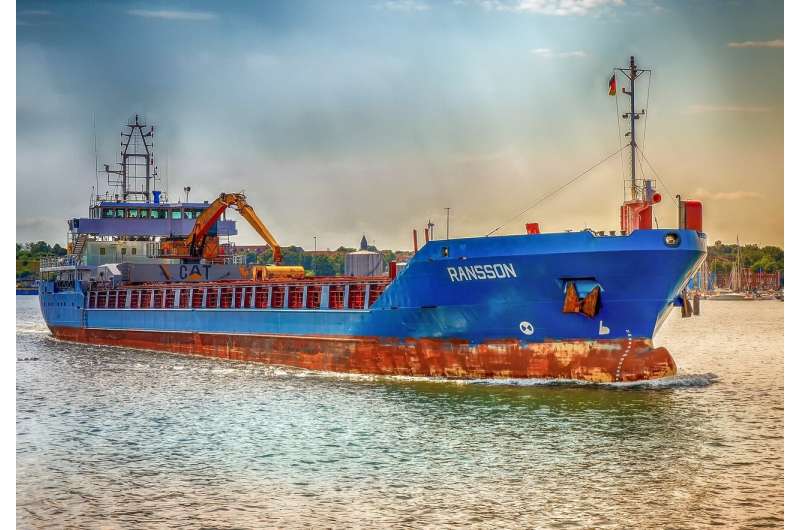 Drones are not the only autonomous vehicles at the forefront of automating deliveries and human services—ships may be about to turn the corner, assisted by helpful tugboats. Researchers at the Delft University of Technology in China have developed a control strategy for ships and their partnered tugs to navigate windy and somewhat unpredictable environments safely and efficiently. They published their results in the August 2021 Issue, IEEE/CAA Journal of Automatica Sinica.

"Ship manipulation in or near port areas is considered one of the most sophisticated operations in waterborne transportation, while the environmental disturbances make it more challenging, even for the experienced captain," said paper first author Zhe Du, a doctoral candidate in the Department of Maritime and Transport Technology at Delft University of Technology. "This paper focuses on cooperative control of multiple autonomous tugs for ship towing under environmental disturbances, demonstrating technologies of automatic control and artificial intelligence can increase efficiency in the shipping process, while reducing human error to ensure the safety of ships and their crews."

The researchers proposed a multi-layer, multi-agent control scheme. A supervisory controller lives in the higher layer, overseeing two tug controllers in the lower layer. According to Du, the multiple layers of control address the challenging aspect of coordination for complex missions or scenarios requiring multiple autonomous surface vehicles to work as one system. This is particularly clear when it comes to berthing, the sea equivalent of parking.

"Self-berthing puts a high demand on the controller, requiring high control performance to force the ship to stop at an exact place with the desired heading," Du said. "However, the real berthing situation at the end phase is a dynamic process."

By empowering tugboats to support ship berthing, the high demand of a single controller is delegated to multiple agents. The ship becomes a multi-unit system capable of continuously adjusting its position and heading, which is needed to move precisely and accurately into the correct placement.

The control scheme was tested in experimental simulations, and it proved more efficient than a single controller in situations without environmental disturbances. But even with simulated wind and other unknown environmental factors affecting the towing system, Du said, the proposed method was hardy.

"This method shows robustness guaranteeing that the ship can be manipulated to a desired position with the desired heading and velocity, even in harsh conditions," Du said.

The researchers will consider other challenges of shipping to improve the safety and efficiency of the system in future research.

"In this paper, only the meteorological environment is concerned, but the congested navigation environment in port areas increases the challenges for the towing process," Du said. "An efficient collision resolution strategy is important to ensure the safety of the system."