source link: http://raganwald.com/2013/02/21/hilberts-school.html
Go to the source link to view the article. You can view the picture content, updated content and better typesetting reading experience. If the link is broken, please click the button below to view the snapshot at that time.

Dr. Hilbert “Bertie” David grows tired of blogging about JavaScript, and decides to cash in on the seemingly inexhaustible supply of impressionable young minds seeking to “Learn JavaScript in Five Days.”

He opens his Grand JavaScript School on the shores of the Andaman Sea in Thailand, and with some clever engineering, he is able to install a countably infinite1 number of seats in his lecture hall.

Well, an infinite number of students show up on the first day. “Line up please!” he calls out to them with a bullhorn of his own invention. “Line up! Good. Each of you has a number. The first person in line is zero, the next person is one, and so on. The machine will call out a number. When you hear your number, step forward, pay your fee in bitcoins, take your receipt, then you may enter the lecture hall and find the seat with your number on it. Thank you, the lecture will begin when everyone has been seated.”

Bertie quickly whips out a JavaScript IDE he has devised, and he writes himself a functional iterator. Instead of iterating over a data structure in memory, it generates seat numbers on demand:

He simply calls out the numbers as they are printed, and the students file into the auditorium in an orderly fashion, filling it completely. Well, the first day is very long indeed. But Bertie has an infinite supply of bitcoins and things go well.

Avoiding the well-travelled road of explaining “this,” “closures,” or “monads,” he decides to explain functional iterators using the Tortoise and Hare algorithm2 as an example. People are scratching their heads, but on the second day, all of the students from the first day return. So it must have been a decent lecture.

In fact, a few people liked the lecture so much that they recommended it to their friends, and one million additional students are lined up for seats in his class on the morning of the second day. He has an infinite number of seats in the auditorium, but they are all full. What can he do?

Out comes the IDE and the bullhorn. This time, he uses the allong.es library and writes the following:

He has constructed an iterator with instructions for moving seats. Bertie tells the first person to move from seat zero to seat one million, the second from one to one million and one, and so forth. This means that seats 0 through 999,999 become vacant, so the 1,000,000 new students have a place to sit. Day Two goes well, and he is very pleased with his venture.

His fame spreads, and Jeff Atwood starts a discussion about Bertie’s JavaScript school on his new Discourse discussion platform. There’s so much interest, Jeff charters a bus with an infinite number of seats and brings his infinite number of fans to Bertie’s school for Day Three. The bus’s seats have numbers from zero just like the auditorium.

All of the students from Day Two have returned, so the auditorium is already full. Bertie is perplexed, but after scratching his head for a few moments, whips out his bullhorn and write the following JavaScript:

Now all the existing students are in the even numbered seats, so he’s ready to seat Jeff’s fans:

Bertie calls out the seat numbers on Jeff’s bus and the number of an odd-numbered (and therefore vacant) seat in the auditorium for them to occupy. Bertie has managed to add an infinite number of students to an infinitely large but full auditorium.

He’s so pleased, Bertie lets Jeff be the guest lecturer. The audience has loved Bertie’s abstract approach to programming so far, but they’re hungry for practical knowledge and Jeff enthrals them with a walkthrough of how the Discourse User Experience is implemented.

As a bonus, Jeff shares his insights into programming productivity.3 By the end of the day, everyone is typing over 100wpm and has placed an order for multiple wall-sized monitors on eBay. 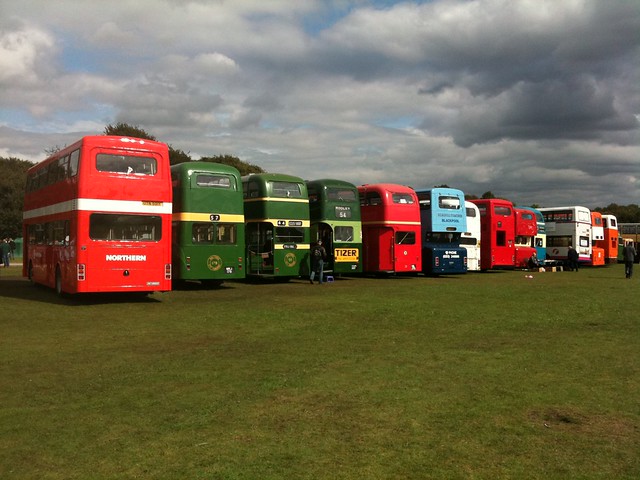 Day Three went well, so all the students return and the auditorium remains full. Everyone is very pleased and looking forward to Day Four.

But the excitement has a downside: Reddit hears about what’s going on and an infinite number of subreddits, each of which has an infinite number of redditors, all decide to show up on day four to disrupt his lecture with trolling about how lame JavaScript is as a programming language. Each sends an infinitely large bus, with every seat full. Like Jeff’s bus, each bus numbers its seat from zero and as luck would have it, each bus has has a number and the buses are numbered from zero.

He writes a new program:

He has an Espresso Allongé and contemplates his work so far. Diagonals is an iterator over an infinite collection of iterators, each of which uniquely identifies a bus and seat on that bus. They look something like this:

To move forward, Bertie needs a concatenate iterator for iterators:

Bertie is satisfied, but the natives are restless, so he keeps coding, then reaches for his bullhorn:

He finishes with a summary of what he learned seating students:

In other words, Bertie wants his students to use JavaScript to figure out whether infinity cubed is countable. Is it?

While the students busy themselves writing the test, he sends a pull request to integrate his concatenate function into allong.es.

Dr. Hilbert’s School Has Been Closed For Admissions Irregularities