WhatsApp tests feature that shares your status to Facebook and other apps - The...

source link: https://www.theverge.com/2019/6/26/18759575/whatsapp-status-sharing-facebook-instagram-apps-ios-android
Go to the source link to view the article. You can view the picture content, updated content and better typesetting reading experience. If the link is broken, please click the button below to view the snapshot at that time. 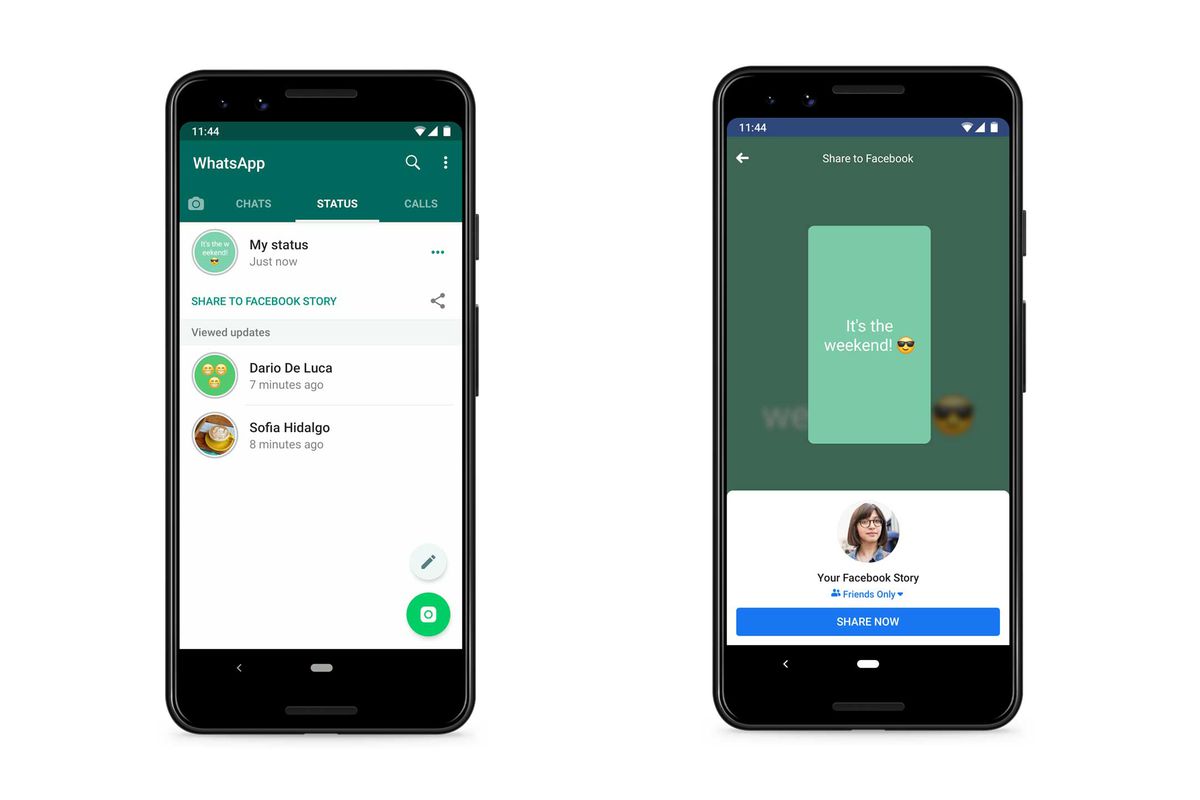 WhatsApp is testing the idea of letting its users share posts from their WhatsApp status with other apps. Starting today, users in WhatsApp’s beta program will start to see a new sharing option beneath their status, which can be used to post a status directly to their Facebook story or send it to another app like Instagram, Gmail, or Google Photos. WhatsApp Status is the service’s Instagram Stories-style feature that lets you post images, text, and videos on your profile that disappear after 24 hours.

Although there’s a direct link to share your status to Facebook, WhatsApp tells me that it’s not doing anything to link your accounts on the two services. Instead, it’s making use of the same iOS and Android data-sharing APIs as every other app, meaning data is transferred between the apps on-device. Even if you share data to another Facebook-owned service like Instagram, WhatsApp says the two posts will be separate events in Facebook’s systems, and they will not be linked. There is also no option to have your WhatsApp status automatically shared to another service; WhatsApp tells me it wants the feature to be an active decision on the part of the user.

WhatsApp has to be careful about creating the impression of data sharing with Facebook. When Facebook acquired the messaging service back in 2014, WhatsApp promised that it wouldn’t share user data with Facebook and said that it would function “independently and autonomously.” That changed in 2016 when the company said it would start sharing user data with Facebook. Since then, Facebook has been told by the French and German regulators to stop the practice. In 2017, the company was fined $122 million by the European Commission for misleading regulators about the extent to which it could link accounts prior to the acquisition.

To be clear, WhatsApp’s new status sharing feature doesn’t do any of the data sharing that’s gotten Facebook into trouble in the past. But as Facebook moves toward allowing users from all three of its major services to message each other across a single technical backend, even seemingly innocuous features like this can risk intense scrutiny.

Launched back in 2017, WhatsApp Status has since grown to be used by 500 million users daily, and in 2020, it will become the first place in the WhatsApp app to show ads.