source link: https://9to5mac.com/2023/01/24/tuesdays-best-deals-11-inch-m2-ipad-pro/
Go to the source link to view the article. You can view the picture content, updated content and better typesetting reading experience. If the link is broken, please click the button below to view the snapshot at that time. 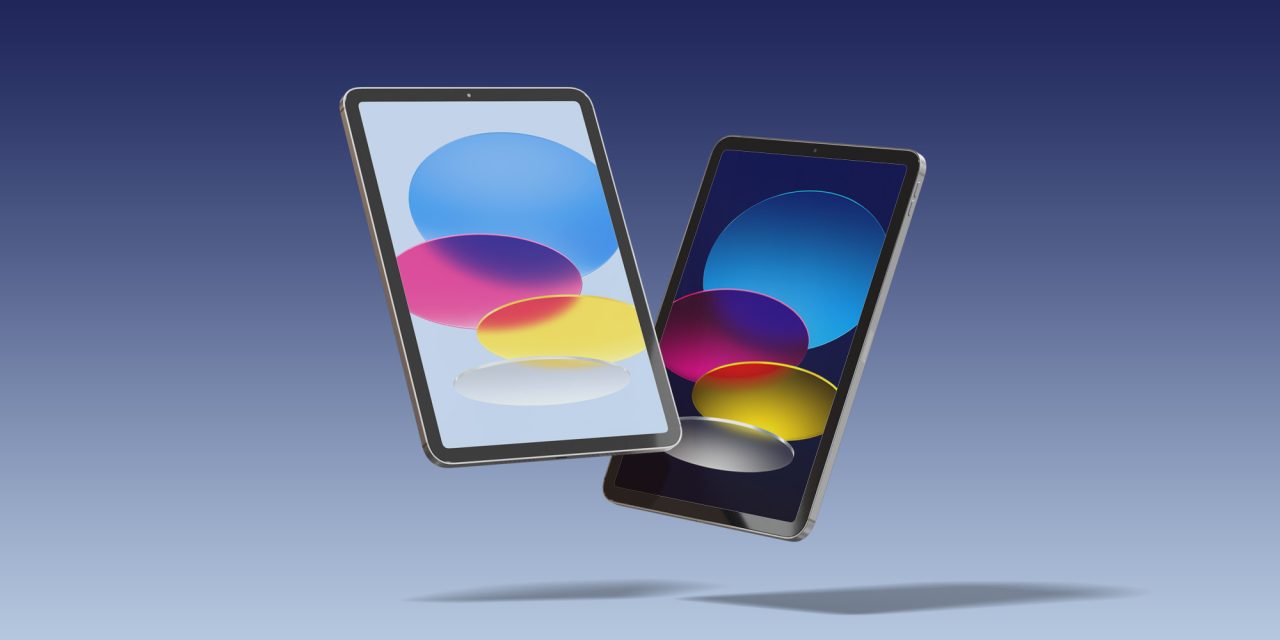 Tuesday has arrived, and you know what that means! A fresh batch of the best Apple discounts are hitting shelves and we have a handful of offers on tap. First up, Apple’s 11-inch M2 iPad Pro sees a $200 discount to the best discount yet to join Woot’s latest Apple refurb sale, which has iPhone 13 and Apple Watch Series 7 at some of the lowest prices yet. Then go check out either of LG’s unique new Libero or DualUp monitors, which are on sale from $397. Hit the jump for all of the best deals and more in the latest 9to5Toys Lunch Break.

Joining the price cut we saw over the weekend on the larger 12.9-inch model, Amazon is now also discounting the 11-inch M2 iPad Pro. Marking down the elevated Wi-Fi 1TB model to $1,299, this is a new all-time low at $200 off the usual $1,499 going rate. We have only seen one discount go live so far on this higher capacity, and now those who need to have more storage at their fingertips will find the best discount ever. There are also some other discounts starting from $729 like the entry-level 128GB capacity, though nothing as enticing as the 1TB model.

Apple just released the latest generation of th iPad Pro last month, and now you can finally save on the latest iPadOS experience. This time around, everything with the latest M2 iPad Pro comes centered around a familiar form-factor as previous models with all of the staples like Apple Pencil 2 support, Wi-Fi 6E, Face ID, all-day battery, and integration with Magic Keyboard. Though there are some notable improvements, like the M2 chip which powers its 11-inch Liquid Retina XDR display with ProMotion, True Tone, and P3 wide color support. Circling back on the Apple Pencil 2 support, there’s a new hover feature that offers another way to interact with the interface, which you can learn more about in our coverage.

Regardless of which M2 iPad capacity you end up with, the form-factor is practically begging to be paired with one of the second-generation Apple Pencil. Ideal for making the most out of either screen and its drawing, writing, and precision input potential, this is an essential add-on whether it’s for creating digital art or just making the most of the form-factor.

Woot today has launched its latest certified refurbished Apple sale, marking down a series of iPhones and Apple Watch styles in the process. As per the usual, Woot offers free shipping for Prime members while charging a $6 flat fee otherwise. Amongst everything you’ll find on this landing page, our top pick this time around has Apple’s unlocked iPhone 13 starting at $580 for the 128GB capacity in several colorways. That’s down from the original $799 going rate you’d have originally paid, with today’s offer clocking in at $219 off. This comes within $10 of the all-time low and is still one of the first times we’ve seen it on sale.

The now previous-generation iPhone 13 arrives as an even better value thanks to the discount today, and comes powered by the A15 Bionic chip. Alongside notably improved battery life compared to predecessors, there’s also that same squared-off design as last time around to pair with the Super Retina XDR display with a smaller notch. There’s also an upgraded camera experience with its more recent Cinematic mode and improved sensors, too. Includes a 90-day warranty. Dive into our coverage over here for a better look. 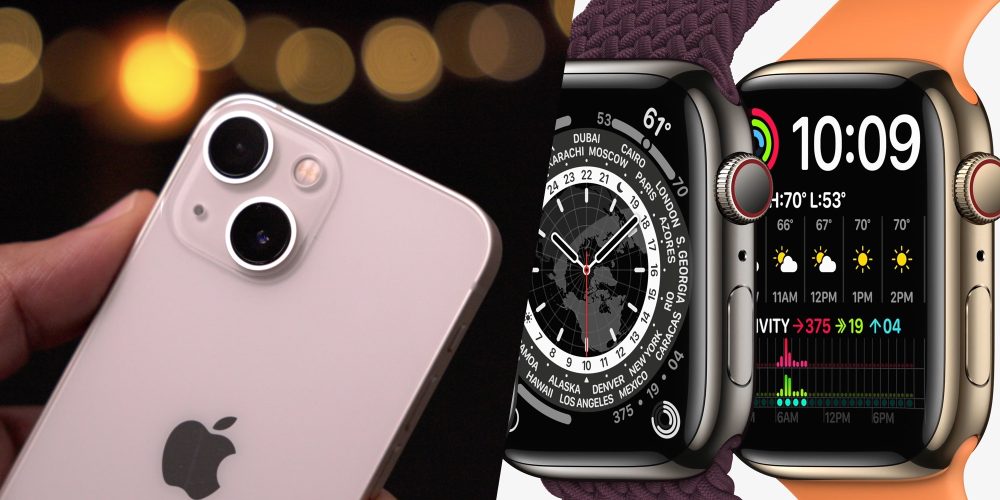 If you’re looking to also score yourself a new wearable to help make all of those New Year’s fitness goals happen, Woot today is also discounting a series of Apple Watch models. As part of the sale you’ll find an assortment of different previous-generation models, though our favorite has Apple Watch Series 7 starting from $260. That matches our previous mention on the 41mm GPS model, and is down from the usual $399 going rate in several styles. The larger 45mm offering is now at $270, also on sale and down from the original $429 going rate and also matching the all-time low.

While it’s not the all-new version, Apple Watch Series 7 still packs quite a punch for your fitness kit for far less than either of Apple’s latest. There’s a similar build centered around the brightest screen Apple makes, as well as all-day battery life backed by a fast charging mode for overnight wear. And while there’s no onboard temperature sensor like Series 8, you’ll still find onboard heart rate monitoring, the ability to keep tabs on blood oxygen levels, and even take ECGs. All with watchOS 9 at the center of the experience.

Amazon today is marking down a pair of LG’s unique new monitors to some of the best prices ever. Starting off with one of the brand’s latest debuts, the recent LG 27-inch Libero Monitor now rests at $397. Typically fetching $500, you’re looking at an over 20% markdown and one of the first chances to save. It has only sold for less once before back in November ahead of the holiday shopping season, and is the best otherwise. LG’s new Libero monitor answers the question of what if you needed a display you can put to use in even the most compact workstation environments.

Its slim design has two different ways to prop itself up, with a folding stand that can be positioned at multiple angles as well as a pair of hooks that let you hang it off a cubical wall. In either case, it packs a 27-inch 1440p panel and comes backed by all of the other modern features you’d expect like an HDMI port, USB-C connectivity with 65W power delivery, and HDR 10 compliance. Even more interestingly, there’s also a detachable HD webcam for rounding out your setup. 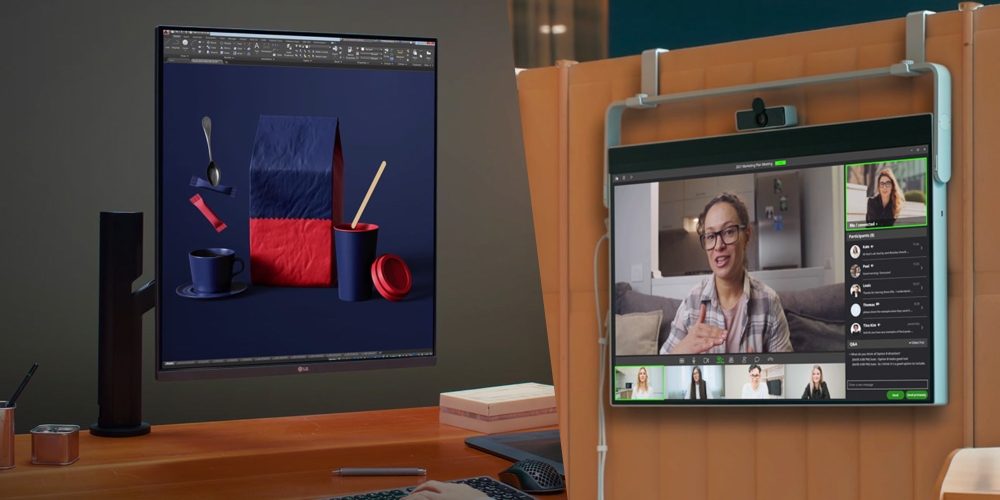 As far as the other unique form-factor getting in on the savings, Amazon is now also offering the new LG DualUp 28-inch Monitor for $597. Normally fetching $700, today’s offer is still delivering one of the first chances to save period on the new release with $103 in savings attached. This is matching the all-time low set just twice before on the new 2560 x 2880 display, as well. Arriving with a unique 16:18 aspect ratio, the new LG DualUp Monitor comes centered around a 28-inch panel that is effectively just a pair of 1440p display stacks on top of each other.

Straight out of the 1990s, the vertical form-factor comes backed by one of LG’s popular Ergo mounts for attaching to your desk and adjusting the height or position. Alongside its dual HDMI 2 ports, there’s also a USB-C slot that makes this ideal for MacBooks, especially thanks to its 90W power delivery capabilities. If you’re somehow not yet sold on the quirky form-factor, our hands-on review walks you through its place on your macOS desktop.

Best Buy is now offering TP-Link’s Kasa Mini HomeKit Smart Plug for $13. Normally fetching $18, you’re looking at a $5 discount and a return to the second-best price. It comes within $1 of the all-time low and hasn’t been on sale over the past few months.

Delivering an affordable way to bring HomeKit support to a lamp, appliance, string of lights, or anything else that plugs into a standard wall outlet, this Kasa smart plug packs a low-profile design that won’t hog both wall receptacles. On top of working with Siri, you’ll also find Alexa and Assistant support over Wi-Fi, as well as all of the automation and scheduling support available in the app. Then the thrown in energy monitoring support only makes it a better buy for anyone looking to cut back on power vampires.

Amazon is now offering a very rare chance to save on the popular Logitech MX Vertical Wireless Mouse. Now dropping in price for the first time at the retailer in over a year, you’re able to bring the ergonomic workstation accessory home for $85. This is down from the $100 price tag it has been retailing for since launch and amounts to $15 in savings. This matches the best price in the past year, is $1 under our previous mention, and is quite the rare chance to save on one of the brand’s fan-favorite peripherals.

Logitech’s MX Vertical Mouse stands out from the other releases in its stable with a unique, ergonomic design aimed at reducing muscle strain during prolonged work sessions. It packs Logitech’s FLOW functionality for seamlessly using with two devices, alongside copying text and other files from one machine to the other. There’s also up to 4-months of battery life per charge, a USB-C charging port, and four customizable buttons that you can learn all about in our review.

9to5Mac also keeps tabs on all the best trade-in deals on iPhone, iPad, MacBook, Apple Watch, and more every month. Be sure to check out this month’s best trade-in deals when you decide it’s time to upgrade your device, or simply head over to our trade-in partner directly if you want to recycle, trade, or sell your used devices for cash and support 9to5Mac along the way!

NZXT H9 is a big, beautiful way to showcase a powerful PC [Video]

Beyerdynamic Xelento Remote 2nd Gen Review: What does $1,000 get you? [Video]

You’re reading 9to5Mac — experts who break news about Apple and its surrounding ecosystem, day after day. Be sure to check out our homepage for all the latest news, and follow 9to5Mac on Twitter, Facebook, and LinkedIn to stay in the loop. Don’t know where to start? Check out our exclusive stories, reviews, how-tos, and subscribe to our YouTube channel

Check out 9to5Mac on YouTube for more Apple news: