Browsers with built-in VPNs — the new normal? Microsoft bakes a VPN into Edge an...

source link: https://adguard-vpn.com/en/blog/vpn-built-browser-microsoft.html
Go to the source link to view the article. You can view the picture content, updated content and better typesetting reading experience. If the link is broken, please click the button below to view the snapshot at that time.

Browsers with built-in VPNs — the new normal? Microsoft bakes a VPN into Edge and turns it on

Microsoft has followed a small group of its competitors in building a VPN service directly into its own browser. The VPN feature, known as “Microsoft Edge Secure Network,” has rolled out to a limited selection of users in the latest Edge Canary version.

While Microsoft has yet to announce its launch, early testers have already got the first glimpse of what the new privacy tool looks like and how it is designed to work. In Canary, the new VPN feature could be found under Settings > Privacy, search and services.

Make no mistake, though: Edge has not come up with its proprietary VPN service. Rather, the new privacy tool is the result of the tech giant’s partnership with Cloudflare. The latter provides a secure server network through which the data is routed. Microsoft began experimenting with the VPN-like service in May, allowing some Canary users to preview it and offer feedback.

Although the Cloudflare-powered VPN service will hide your IP address, encrypt your data, and send it through a secure network (much like a regular VPN), it lacks one important feature users seek in a virtual private network: an ability to bypass geo-block. In the case of Edge’s VPN, you won’t be able to choose any server location you want since your data will automatically be routed through a Cloudflare server near to where you live.

Interestingly, unlike Opera browser, where an in-built VPN has to be enabled manually, a VPN baked into Edge appears to be turned on by default, but only for certain use cases.

In the Optimized (Recommended) mode, the VPN will automatically connect when you’re using public Wi-Fi or browsing unsecured networks and sites lacking a valid HTTP certificate. However, the VPN will not run while you’re streaming or watching videos — so that you can save up on traffic which is capped at a modest 1 GB per month. 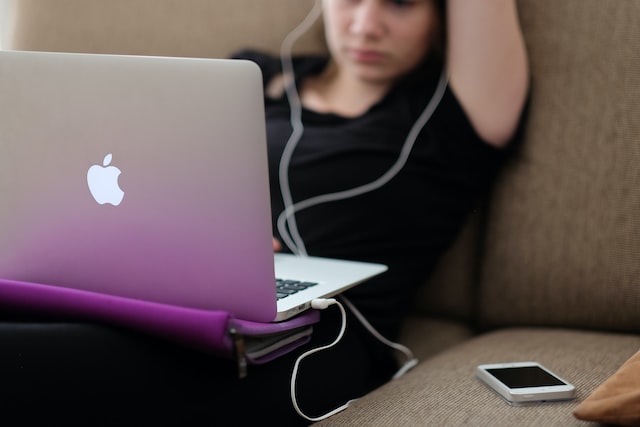 If you crave more privacy, you can toggle the All Sites mode on, in which case the VPN will be running at all times. But since the traffic cap stays at 1 GB a month, browsing in this mode risks eating up your precious traffic allowance rather quickly.

In the Select Sites mode you can configure the VPN to work only on the sites that you want it to work on. Alternatively, you can specify sites that should always be exempted from the VPN.

It’s also possible to enable the VPN for a site you’re currently browsing by clicking the secure network icon in the Edge toolbar and choosing the Always use VPN for this site option.

Whether Microsoft eventually raises the traffic cap or makes its VPN a “freemium” feature by letting users pay for more GBs remains to be seen. It’s likely we’ll have to wait up until its official release to find out.

To a certain extent, Edge’s VPN feature resembles Apple’s VPN-like tool for Safari browser called Private Relay. The premium tool, unveiled a year ago, is still in beta and is only available to iCloud+ subscribers. Private Relay is not a VPN per se, but aims to protect privacy much in the same way. It stops companies, including Apple itself, from pinpointing your exact location and tracking your browsing history at the same time.

Private Relay routes user requests to access websites (the so-called DNS requests) through two separate internet “relays” or nodes managed by two different companies. The first relay that the data passes through is operated by Apple. Both Apple and your network provider are able to see your IP address, but the request itself is encrypted, meaning that neither the provider nor Apple can see what exactly you want to look up on the internet. The second relay is owned by a third-party content provider and connects you to the site you want to visit. That third-party provider sees the name of the site you open, but not your IP address, which is replaced by a random IP address within your country.

A VPN built into a browser is not a substitute for a full-fledged VPN service. But despite the functionality and traffic limitations of the former (at least in the case of the free Edge VPN) built-in VPNs further user privacy, which we can commend.

By virtually building a VPN extension into the browser, Microsoft is doing nothing more than trying to promote its VPN. And we find the fact that it is doing it this way rather concerning. In essence, such all-inclusive solutions leave users with no incentive to look for other extensions, as well as for more advanced and perhaps more secure standalone VPN apps. It’s true that it might be convenient for users to stay within one ecosystem without having to search for, install, and configure a VPN. However, this may not be the most secure option.

Also, we must be aware of the risks associated with using the built-in VPN services of Microsoft, Apple, and the like. The tools they so generously offer might protect you from being tracked by your Internet Service Provider (ISP), but there’s no ironclad guarantee that the tech giants themselves won’t try to harvest your data from their products.